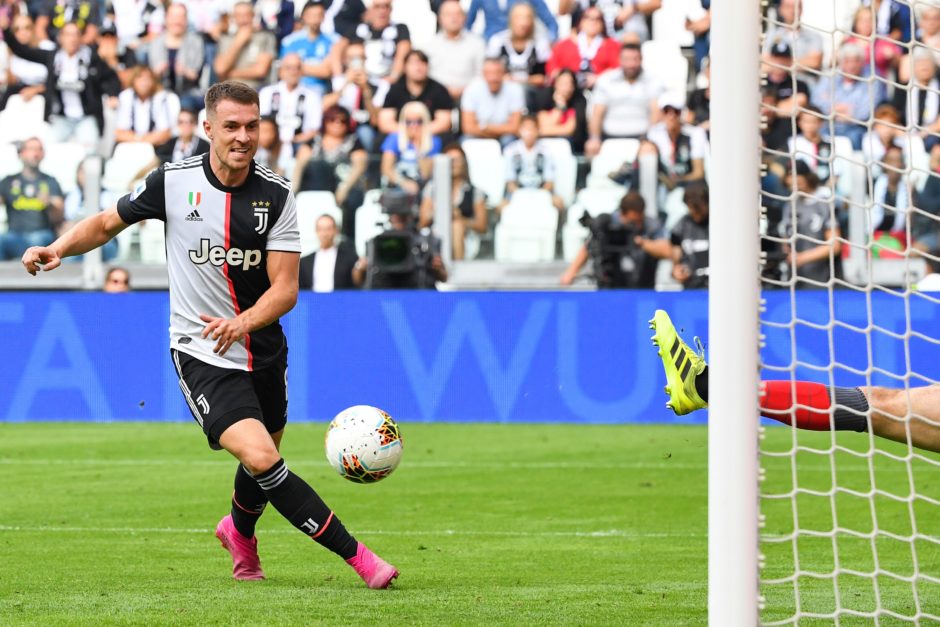 Maurizio Sarri believes Bayer Levekusen are a strong opponent for Juventus in the Champions League while Aaron Ramsey’s recovery has been a welcome surprise.

The Bianconeri face the Bundesliga side in the Champions League group stages following an impressive performance in Madrid two weeks ago.

“Tomorrow will be difficult match against a very strong opponent,” Sarri told the gathered press.

“Bayer Levekusen is a team that holds the most possession throughout the Bundesliga, and they’re physical, and dribble with quality.

“We still have a lot of room for improvement. Our goal is to go all the way until the final in the Champions League, but it’s a competition that can only be determined in certain moments.

“I am expecting a good result tomorrow. It will be a tough game and the first at home in the Champions League. Then we’ll think about the next one.”

“Aaron Ramsey has surprised me in his recovery from injury, and he was included very quickly in the team. I believe; however, he still has a lot of room to improve.

“I see a great level of application during training, which gives me hope. In the last two games, the ease of dribbling has increased. Now we need to speed it up and improve our scoring.

“The Champions League is the top competition. We must live it cheerfully and not with heaviness.

My favourites to win? The English teams. The physical condition is growing, but it is also linked to the mental condition.

Will someone rest? I don’t know, it depends on this afternoon’s training.”