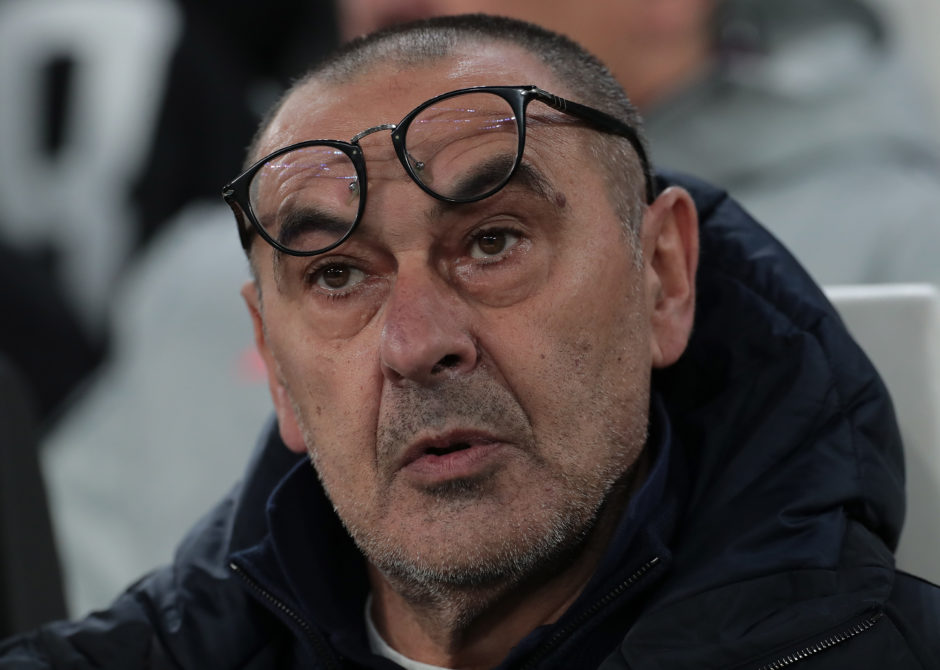 Maurizio Sarri says he was ‘angry and disappointed’ like the players at Juve’s Coppa Italia loss to Napoli.

The Bianconeri managed a good opening half but failed to create any clear chances while failing to score a goal in their second game in a row.

Napoli eventually won the match on penalties, leaving Sarri and the team to reflect on another poor performance.

“There is disappointment for the club, the players and the fans, but at this moment we cannot do much more, because we are lacking sharpness,” Sarri told RAI Sport.

“We are missing a few players and had to make some different choices to usual, because our fitness levels are not optimal. We keep the ball well, but lack the sharpness to turn that into dangerous scoring opportunities.

“We are struggling to get past opposition players when taking men on, we have a team built on individuals who can usually do that very well.

“I don’t think we’re lacking determination, because we were totally concentrated for 90 minutes and you can’t do that without determination.

“I think the problem is the characteristics, because these are players accustomed to taking men on and at the moment that’s just not coming off.

“It’s unusual, pretty much unique for us, but that just shows the lack of sharpness after such a long break.

“Ronaldo? He’s in the same shape as the others, like Paulo Dybala and Douglas Costa, he is lacking the sharpness to do what works best for him.

“I didn’t say much to the players after the game. I was angry and disappointed just like them, so at these moments it’s best to stay silent. We’ll talk better tomorrow morning.”