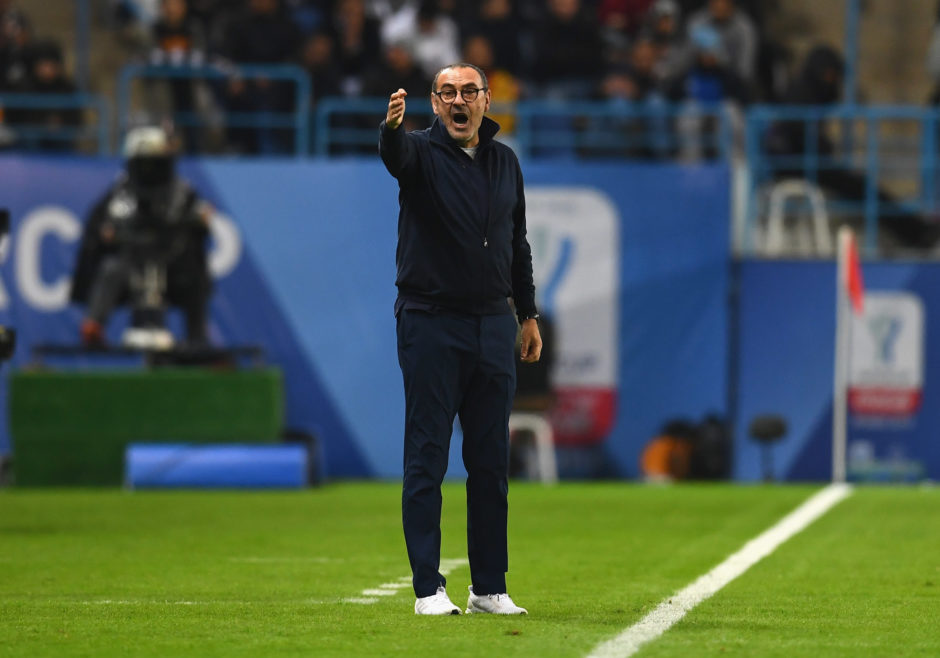 Maurizio Sarri admits his disappointment over the 3-1 loss to Lazio in the Supercoppa who are in a “magical moment” of form right now.

The Bianconeri have now lost two games in as many weeks against Lazio, both by the same scoreline.

“We stayed in the game and my sensation is that we reached the final stages with a small deficit when it came to physical and psychological energy,” Sarri said after the game.

“It can happen after a run of eight matches, one every three days. We came close to the equaliser, but then conceded the third goal with the last kick of the game. We were always in it.

“Yesterday’s training session was perhaps our best of the season and it made me think we were sharper than perhaps in reality we were. We were going to make more changes, but those test results suggested it wasn’t necessary.

“I don’t think this causes the team to struggle. You keep asking about the trident, but when we conceded the last two goals, we had already introduced an extra midfielder.

“Perhaps the full-backs could’ve worked smarter to save the centre-backs having to rush out. We lost because we lost sharpness as the game wore on.

“Mattia De Sciglio played his whole life at right-back, he is naturally right-footed. I moved him to the left because he can do that too, he started today because he was in good shape, he didn’t play on Wednesday and was therefore fresh.

“There is disappointment, but I’m not going to cry over it. That won’t resolve any problems. I don’t think my players will let themselves be influenced by just two games.

“Lazio are in a magical moment of form right now, everything is going their way and things can change in two or three months. If they continue with this form, I doubt anyone could do much against them.

“Let’s not forget there are another five months to go this season and many more games to be played.”