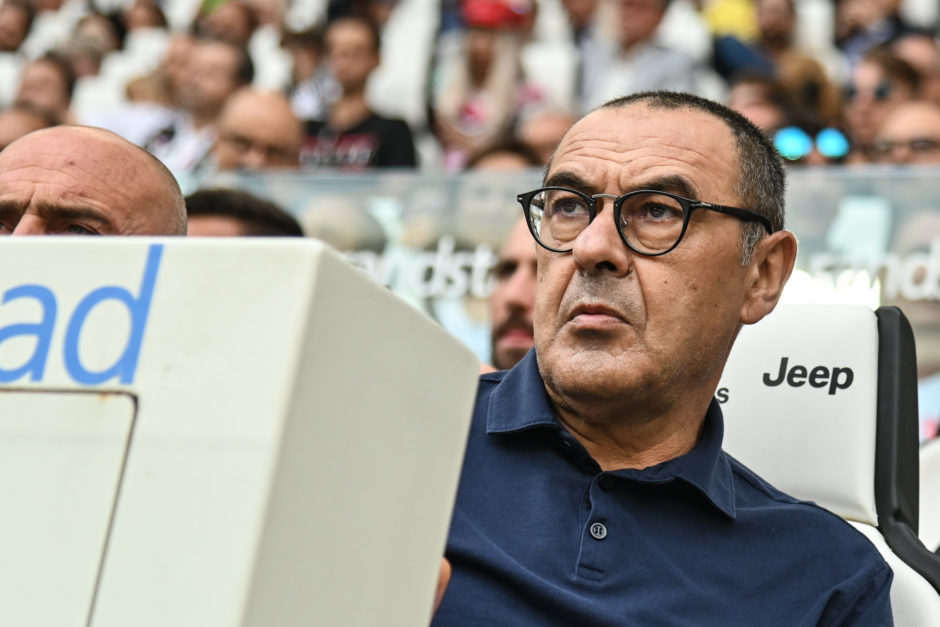 Juventus coach Maurizio Sarri has confirmed that Cristiano Ronaldo has seemingly been playing with an on-going knee injury and thanked the Portuguese forward for doing so.

The Bianconeri were underwhelming once again, relying on a late winner from Paulo Dybala to sescure a vital three points.

Sarri raised substituted Ronaldo after  55 minutes, his second in the space of a week, promoting CR7 to leave the field and reportedly leave the stadium three minutes earlier than his teammates.

“We must thank Ronaldo, because he made a sacrifice to be there at all tonight in a difficult situation. He did everything possible to play, but I saw he was not well and thought it best to take him off,” Sarri told Sky Sport Italia.

“It’s only natural a player is going to be irritated to leave the pitch, especially when he worked so hard to be there. Over the last month, he has had this little knee problem, he had a knock in training and it hurt the collateral ligament. When he trains at high intensity or plays, it unbalances him, so he ends up overcompensating and it damages the calf and thigh muscles.

“It is affecting his performances and he is not at his best at the moment. All players who are trying to give their best will have at least five minutes of being annoyed when they are substituted, but a coach would in general be much more worried if he didn’t seem upset.

“I liked the spirit of the team, but we have to improve immensely in terms of quality, as we made too many mistakes, gave the ball away cheaply and opened up spaces for Milan. The hunger and determination to win is what kept us going.

“Milan had shots on goal, but they were almost all efforts from outside the penalty area. They have impressive passing quality, played clearly above their average performance level of this season and have strong technique.

“Gonzalo Higuain isn’t scoring as much as he did in the past, but he is working hard to help the defence, combines better with his teammates and is always ready for the assist.”