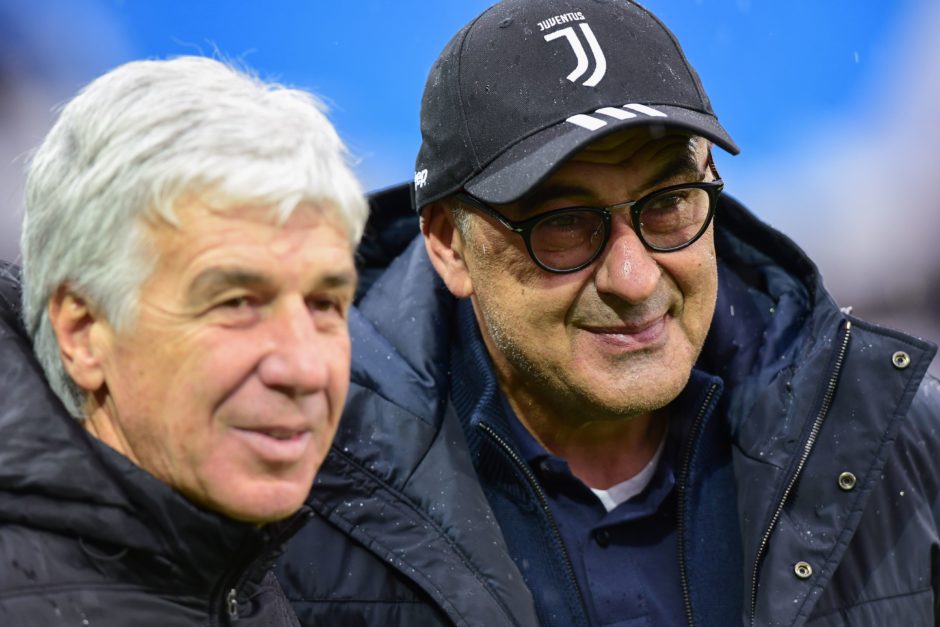 Sarri: ‘We were fortunate against Atalanta’

Maurizio Sarri believes Juventus were fortunate to gain a vital victory against Atalanta and explained his tactical choices mid game.

The Bianconeri were able to overcome a 1-0 deficit to emerge 3-1 victors with goals from Gonzalo Higuain and Paulo Dybala.

“It was an entertaining game with tempo and intensity, the kind you don’t usually see in Serie A,” Sarri old Sky Sport Italia.

“We lost our heads after their missed penalty, thinking of everything except the game of football and allowed Atalanta to take total control. They deservedly went in front.

“We were fortunate to score the equaliser in a chaotic move against the run of play and from there on showed belief we could win it.

“I moved Dybala in an attempt to stop Atalanta pouring down the flanks, so we could get a handle on the game again. That system uses up a lot of energy on the midfield. We struggled with Atalanta because we didn’t cover the ball enough in midfield.

“Atalanta’s wingers were constantly coming forward, while ours were at times caught in-between. I think everyone will struggle in Bergamo and Pep Guardiola was absolutely right in saying that facing Atalanta is like going to the dentist – even if you emerge relieved, it’ll still hurt.

“In the final minutes, we started to attack the spaces that were opening up, whereas we didn’t do that enough before.

“Cristiano ? I hope he’ll be back for the Champions League on Tuesday. He has this little problem that is above all affecting him in training, as he’s struggling to train consistently.

“A lot depends on how the lad feels, the fatigue and the need he has at any moment to rest. He felt, and I fully agreed, it was important right now to find a way of training that wouldn’t put extra pressure on the knee.

“It’s a solid knee, there are no lesions, but constantly having that pain does take it out of you. I was happy to rest him, as I felt the same way, that it was best to take this time to first of all rest and secondly analyse training methods to see how he could train differently.

“Bernardeschi had a knock in his diaphragm and couldn’t breathe. He felt constantly like he was going to be sick, so we’ll see if there’s anything lasting or if it’s just a temporary knock.

“Douglas Costa came on and immediately had a slight adductor issue, so we hope that’s not serious either.”