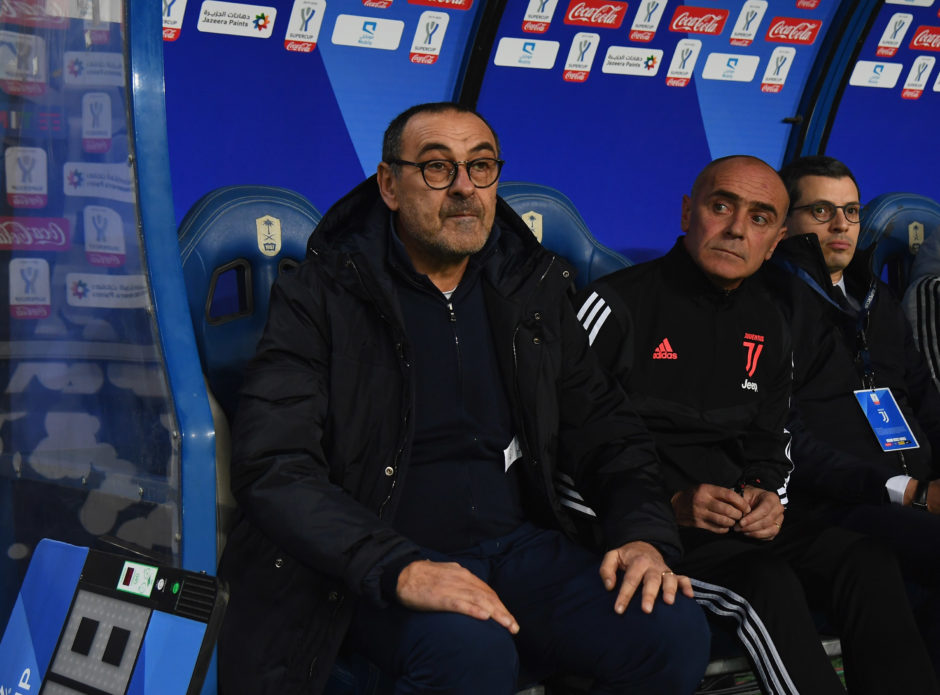 Juventus coach Maurizio Sarri insists the team have been working on the mistakes from their Supercoppa defeat to Lazio ahead of the visit of Cagliari.

Thw Bianconeri slipped to a humiliating 3-1 defeat against Lazio, their second in as many weeks, but the coach explained the players are working on their weaknesses.

“We’ve been working in training on the many errors that we’ve made recently, so before trying to work out how to neutralise Cagliari, we concentrated more on how to improve ourselves,” Sarri explained in his press conference.

“We’re coming off a game where we got a lot wrong mentally even before the tactical issues. The defence gets the blame when conceding a goal, but I think they’ve not been protected well by the midfield.

“Dybala, Ronaldo, Higuain? We’ll see tomorrow, there’s also Aaron Ramsey available who is now in good shape. It’s a game where we will need to pay a great deal of attention behind the ball.

“Dybala only worked separately in training yesterday because he had a slight muscular issue, but nothing serious. Douglas Costa is always an option, although we need to take time to get him back into shape after a serious injury.

“Matthijs de Ligt had shoulder and adductor problems, so it was a difficult spell for him, especially after playing so much. Merih Demiral was in good form, so we had the opportunity to rest De Ligt. I’ll decide tomorrow who starts.

“At this moment, we are trying Adrien Rabiot on the right side of midfield, while Emre Can could play central midfield or on the right. We’ve also started working on Federico Bernardeschi over the last few days.

“Rabiot seems ok physically and has been improving, but he still gives off the impression of someone who can do more.

“Kulusevski ? He is an interesting figure. Transfers are not by area, but evidently the conditions could not be met to bring him in straight away. The most important thing is that the club always gets there first for these young talents.”