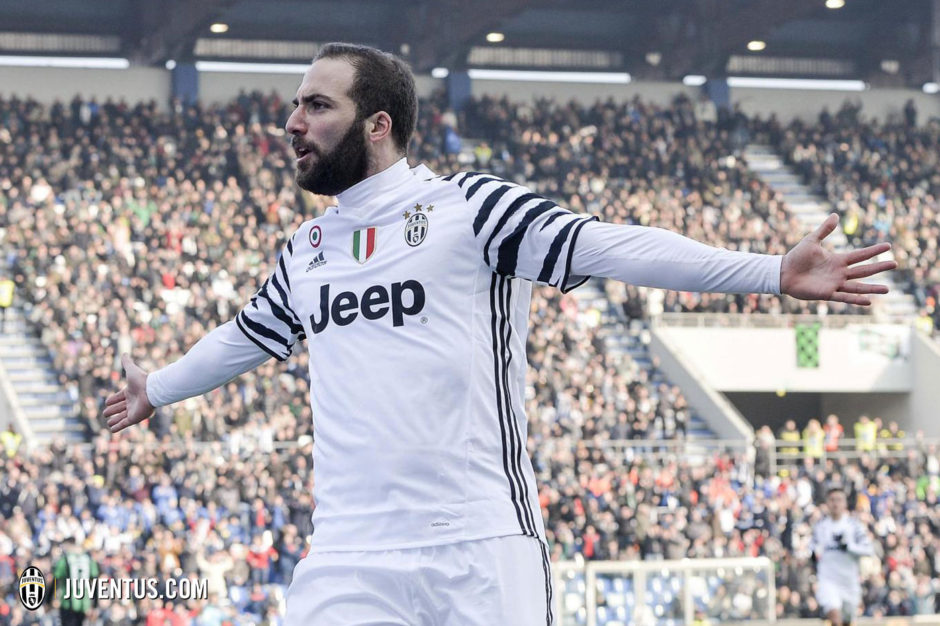 Buffon – Fresh from celebrating his 39th birthday, Santo Buffon enjoyed the sunshine, offered an outlet at the back to help draw out the opposition and when called upon made a superb double save to cement the deserved clean sheet. 6.5

Lichtsteiner – Kept busy on the flank and showed that his fitness levels have hit top gear as he bombed up and down the wing, supporting the attack whilst ensuring he made up the numbers in the rearguard when out of possession. 7

Bonucci – Strangely subdued, and delivered a few poor passes before finding his range in the second half. His game has changed since we moved to the 4-2-3-1 as he has less responsibility for taking the ball out of defence. 6

Chiellini – Another CB prone to some awful passing, yet his head never drops and he is an indomitable man mountain at the back. 6

Sandro – Grabbed the assist for Higuain’s opener and toiled hard throughout. He is still a way off full sharpness but this outing would have done him the world of good. He is a more physical prospect to Asamoah and more tidy on the ball. A solid return to the starting XI. 6

Khedira – Scored a delightful second, played the strong man in front of the defence and was constantly pulling the strings. The DM role suits his talents more potently than when deployed higher up the field. 7

Pjanic – Given less time to dictate the tempo, Miralem did not disappoint. Recycling the ball intelligently and swiftly, linking defence and attack, choosing well when to aim forward or play  back to retain possession. 7

Cuadrado – Still the odd mistimed pass, but he has certainly upped his game this calendar year. His concentration and more importantly his final ball has improved in leaps and bounds. He is creating at least a couple of chances for team-mates every game. Justifying the investment and like many others, coming good at the right time. 7

Dybala – Unlucky with his shot which hit the post, other than which showed great awareness to play the dummy to allow Khedira to double the lead. He works tirelessly between the lines and all that was missing from this performance was a goal. 7

Mandzukic – Lovely backheel to set Sandro free to create the opener, fluffed his lines with two very presentable chances and held his own defensively in the midfield and beyond. Until we have seen more of Pjaca, we have no better option for the LCM position. Mario’s work rate, stamina and immense ability in the air and to shield the ball on the turf is a welcome injection of strength, experience and physicality. 7.5 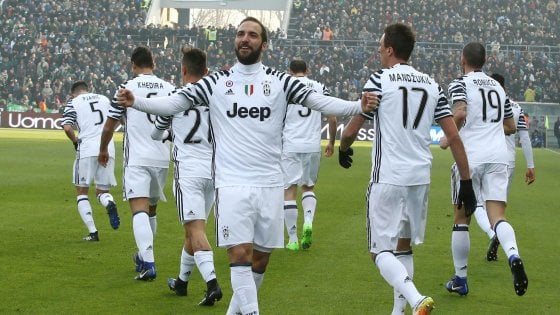 9 goals in his last 9 games. Higuain is approaching phenomenal form.

Higuain – Took his goal superbly and proved from start to finish that he was the most technically perfect player on the field. He runs hard, fights well, distributes the ball intelligently and is a steady threat on goal. Gonzalo appears to be improving, whilst continuing to sacrifice his own chances of personal glory for the good of the team. He is one of the most complete strikers I have ever seen in our colours. 8.5

This was the first game I have watched this season in which our intensity levels avoided an obvious slump. We did not step off, we did not sit back and we did not invite the opposition onto us. This is the largest improvement I have noticed in the side and one I hope now continues to blossom alongside the immensely more enjoyable to behold new formation.

Sassuolo are no mugs. Sure enough they are something of a hotchpotch of experienced veterans and gritty, talented youngsters, but their form has picked up of late and they produced a tough fight of a game. We not only stood firm, but continued to push, to press, to hustle and succumbed to just the one decent opening to our hosts.

The two goals were both dripping with class and my only criticism can be once again our profligacy. I counted eleven decent openings, some better than others, but all offered a chance to strike on goal. Had we won this by 4 or 5 to nil, there could of been no complaint by Di Francesco. For we were dominant in every area of the pitch.

There can be no doubt that the 4-2-3-1 is an improvement on the 3-5-2 and anything else we have tried this campaign. It is an evolution, perhaps forced by necessity, yet still one for which Allegri should be praised.

Another minor observation is that whilst I am pleased to see us getting so many players in the box when we attack, on occasion, we appear a little bunched up in the middle. As Danny Murphy would say ‘you could throw a coat over them’, which is fine if we are playing short, sharp incisive passing, but far easier to cover and place a wall against.

Allegri left his substitutions late, yet it made no difference to the final result and we have a week to rest and revive until the crunch tie with our old friends in black and blue…Who will present the first serious test of the new system next weekend. They are in fine form. Having won 9 on the trot as they re-emerge as serious title contenders.

With Napoli drawing and Roma losing to Sampdoria, we have extended our lead once again to 4 points, still with that game in hand against Crotone. It is not just to maintain our scudetto ambitions that we must raise our game still further when we face Pioli’s men, but also to gain some revenge for the reverse fixture in September which saw us defeated 2-1 at the san siro.

Regardless of the errors playing out from the back, we gave Sassuolo barely a sniff of an opening for the full 90. We played with more consistency and confidence and created a plethora of chances to score, the beauty of which is that our attacking threats have increased in number. Dybala and Higuain are very hard indeed to pin down as their movement is superb. Khedira and Pjanic naturally dovetail as the fulcrum of the side. Juan and Mario are constantly causing bother in the channels and we have very capable support from deep on both flanks.

With three eminently winnable games on the fixture list prior to facing Porto in the champions league – Crotone A, Cagilari A Palermo H – we must ensure we enter that phase with continued momentum. Much rests on our collision with Pioli’s reinvigorated Inter. Time to remind the league who owns the scudetto…

A job well done by Allegri and the lads.