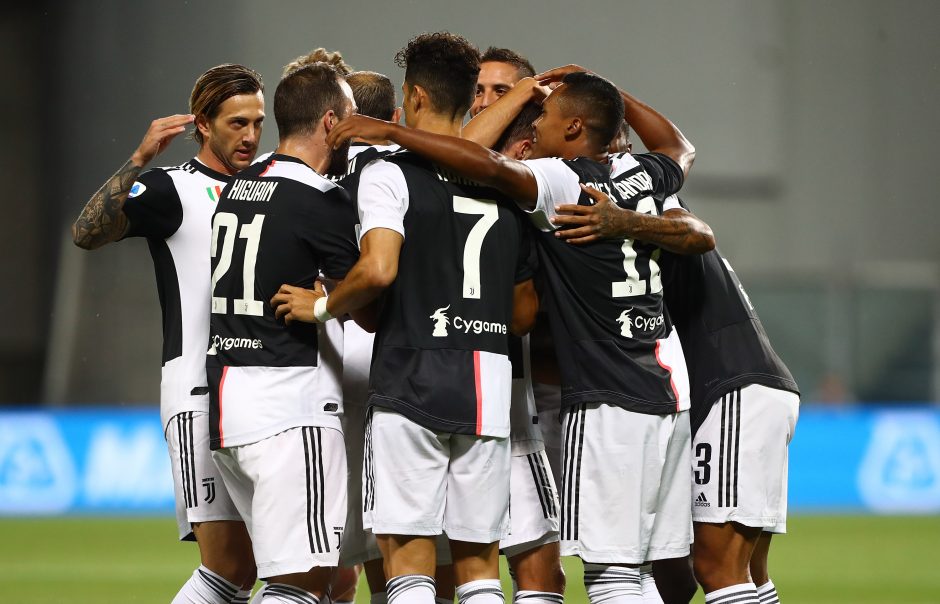 Juventus started brightly with goals from Gonzalo Higuain and Danilo but had another blackout moment, ending the game 3-3 against a plucky Sassuolo side.

Tek: Forced into a superb reaction save in the first half that was one of the best of the season – Made a great run out to snuff the danger from Berardi just minutes later. Not sure he could do much on the Sassuolo goals, except perhaps the free-kick, and he did wonderfully to deny Sassuolo a third and made another great save with minutes left on the clock. 7.0/10

Alex Sandro: Looked out of sorts and off the pace – Couldn’t do much on the Sassuolo goal, an unlucky deflection. Redeemed himself with a wonderful header to bring the scores level and made a vital goal-line clearance in the final 5 minutes. 6.5/10

Giorgio Chiellini: Stepped back in and didn’t look out of place at all. His positioning and reading of the game helped him make up a yard or two – A decent run-out. 6.0/10

Matthijs De Ligt: Another strong display, despite suffering from a nasty looking shoulder injury. Needed to do better on Sassuolo’s third goal. 6.0/10

Danilo: Took the opening goal superbly with a strikers finish and continued to have some good defensive moments thereafter, despite one wayward pass. 6.5/10

Miralem Pjanic: Looked like a different player, quickly notching up two assists in the opening half and generally being much better with his distribution and free-kicks/corners than in recent months. 6.5/10

Blaise Matuidi: All legs and muscle, did what was asked with no fuss and added some pace in midfield but not much else. 5.5/10

Rodrigo Bentancur: Not his usual self and perhaps he should have done better on the Sassuolo goal. Didn’t really impose himself in the opening half and had a poor second half, conceding the free kick for the equaliser. Half way made amends by providing the assist for Juve’s third. 5.0/10

Cristiano Ronaldo: Some good runs and a few half chances aside, he didn’t have much to work with in the first ’45 and didn;t really improve much in the second half either. Not his usual self. 5.5/10

Federico Bernardeschi: While he didn’t always offer an attacking threat, his work rate was excellent, up until he needlessly picked up a yellow card for a stupid tackle. 5.5/10

Gonzalo Higuain: Another who ran himself into the ground and got his reward with a great goal to double Juve’s tally. 6.5/10

Daniele Rugani: All too often, he focuses on the ball and forgets about what’s around him. Doesn’t look reliable. 5.5/10

Paulo Dybala: Entered in the second half and immediately injected some pace and creativity into a very one-dimensional Juve. Should have done better with the few half chances he had.  5.5/10

Adrien Rabiot: Injected some energy into a tired looking midfield and should have scored from a free header. 5.5/10

Douglas Costa: A lot of running but not much else. N/A