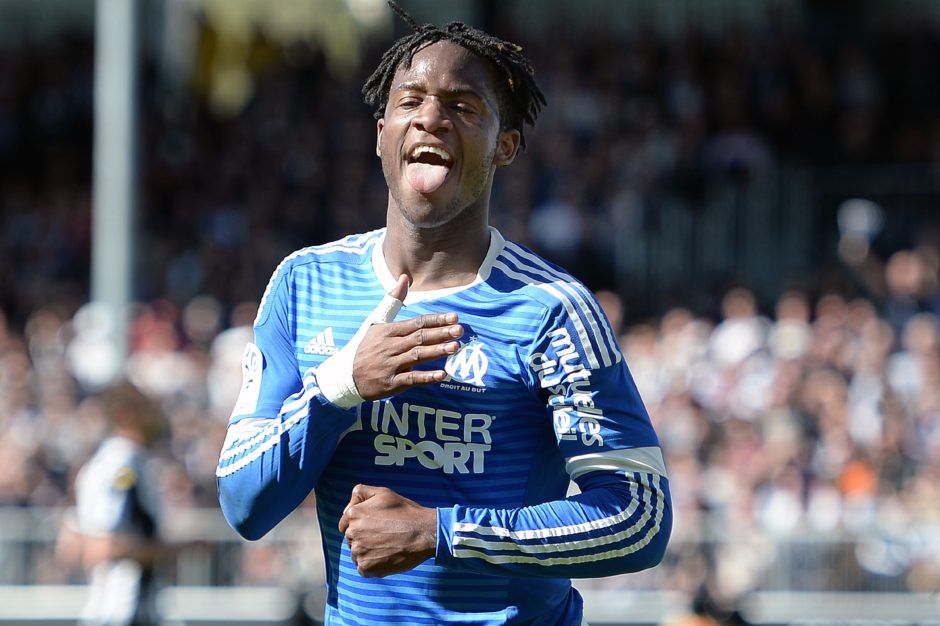 Alvaro Morata is gone. It was a painful transfer saga but finally Real Madrid decided to activate their buy-back clause of €30 million. The one positive: Juventus can finally hunt for a replacement.

One player that has been consistently linked with a potential transfer to Turin is Michy Batshuayi. Marseille are a financial mess and need to balance their books by June 30 in order to avoid punishments. They rate the Belgium international at €38 million, but could be forced to settle on a lower fee due to their financial issues.

Batshuayi moving to Juventus has very much become a possibility, the biggest competition coming from Tottenham and West Ham, so without further ado, lets take a look at this Belgian striker.

You can say a lot of things about the 22-year-old, but one always comes to mind: Batshuayi is a natural born scorer. It’s been in his DNA since he first set foot on a pitch. However, when you see him play, there’s no denying his technical skills, quick feet and dribbling prowess. Not surprisingly, Michy started playing the game on the streets of Brussels, in the Park Pirsoul in Sint-Agatha-Berchem, alongside current professionals Ilombe Mboyo (FC Sion), Geoffrey Mujangi Bia (Standard Liege), and Andrea Mbuyi-Mutombo (Inverness).

From Brussels, Batshuayi joined the youth ranks of Anderlecht and Standard Liege, where he made his senior debut at the age of just 17 in 2011 during an encounter with KAA Gent. The next season, he became a fixed starter for Standard, scoring 6, 12, and 21 league goals during his three full seasons at the club.

In 2014 he joined Marseille in a €6 million deal. During his first season, Batshuayi had to fight for his place as Andre-Pierre Gignac was the club’s starting forward. The Belgian was still able to find the net 9 times in 26 Ligue 1 appearances. When Gignac departed for Mexico, Batshuayi became l’OM’s first striker and the 22-year-old didn’t disappoint, scoring 23 goals in all competitions, including 17 in Ligue 1 and 4 in the Europa League.

Juve would likely be thrilled if Batshuayi was able to score the same amount of goals in Serie A; In fact, that would be stunning considering his age. However, the Belgian also has a knack for being a bad boy and hasn’t reached a mental level that’s suited to play for the Old Lady, of which there have been plenty of examples.

Batshuayi spent just one season in Anderlecht’s youth ranks before joining Standard Liege. Not because the latter one stole him away, but because the former were tired of his poor behaviour. “They were right to kick me out. I wasn’t an angel to say the least,” Batshuayi was quoted saying in an interview. Luckily, Standard held on to him despite numerous suspensions, mainly due to issues with authority.

Even when he was one the club’s star players, Batshuayi was never far from trouble. He picked up a stupid red card early during the 2012/2013 season and was benched for a month due to his negative attitude. That same attitude got him criticised by his Belgian team-mates and coach Marc Wilmots during a practice at Euro 2016 earlier this month. Batshuayi has registered just five caps for Belgium partly due to his bad boy mentality, which got him kicked-out from the Under-21 team in 2013 after hooking up with some call girls in a hotel room.

Michy #Batshuayi showed a negative attitude on #BEL training. Got criticised by his team-mates. Not the #Juventus mindset @footballitalia

Juventus have a decen enough history of turning ‘bad boy’ types into stars,  a most recent example being Carlos Tevez, who might have been one of the biggest BB’s in football at the time. Batshuayi is eager to win trophies and feels he’s ready to take the leap forward in order to play Champions League football, while continuing to develop his game.

Batshuayi’s game needs work, which is pretty logical for a guy born in 1993. Next to his lack of big game experience, the Belgian has to keep his emotions in check. At Marseille, he looked frustrated on a number of occasions. No doubt, his team’s struggles played into that, but Batshuayi also struggled with consistency, scoring just six league goals in 2016. And he’s primed to make at least one silly foul every game.

But how about positives? The man looks like a complete striker. He’s quick, powerful, technically skilled, great with the ball, pretty strong in the air, has great timing in the box, and always seems to be on the right place at the right time. Batshuayi scores so many “lucky” goals that they can’t be considered “lucky”. He’s not at the Pippo Inzaghi level, but he comes pretty close.

He’s a very strong runner with a massive upper-body, which allows him to create space between him and his defender. Crucial for a striker to score in the box, especially when combining this with his excellent timing. He’s also very refined at holding off his marker and consequently shooting on target. Last but not least, Batshuayi provided 9 assists last season, as he’s capable of being a target man upfront.

So what’s the conclusion? Batshuayi would be a great get for Juventus. Marseille’s valuation of €38 million is a bit high, but if the Old Lady can land him for €30-33 million, they have done very well. Michy is more versatile than Simone Zaza and could easily replace Mario Mandzukic in the long run. His talent is too obvious and his will to be the best is too big to deny him living up to expectations.