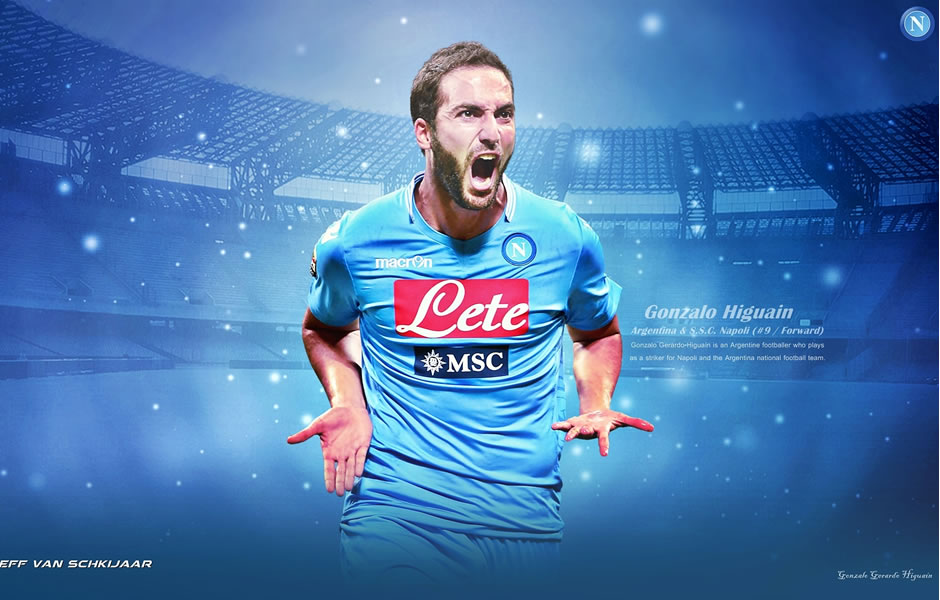 Preview and Scouting: Napoli vs Juventus

Editor’s Note: This week we are trying out something new, rather than have separate scouting reports and match previews, we have decided to make them all in one. The Napoli scouting, as always, has been done by Enrico Passarella. David Tenenbaum contributed the Juventus section.

This is probably Juve’s toughest match left this season. Napoli are in a race, though not a tight one, for the final Champions League spot and arguably have more at stake – including pride – in this match. Still, at Juventus winning is the only thing that counts.

The defensive injury issues remain with Andrea Barzagli, Angelo Ogbonna, and, Federico Peluso out. The starting centerback trio is of course predicted as Leo Bonucci, Martin Caceres, and, Giorgio Chiellini. The three have been playing well lately, though Napoli’s gifted attack will give them a challenge. Obviously Gianluigi Buffon will be the starting goalkeeper.

The midfield sees more first choice players starting. Stephan Lichtsteiner and Kwadwo Asamoah on the flanks, and Arturo Vidal, Paul Pogba, and, Andrea Pirlo in the middle. Pogba had one of his better matches in recent memory against Parma, and he has a very fine scoring record against Napoli, but he is still working his way out of some poor form.

The attacking corps sees further selection issues: Carlos Tevez is suspended from yellow card accumulation. Meanwhile Fernando Llorente is in poor form and Dani Osvaldo seems to play better in Europa League then in Serie A. Sebastian Giovinco is returning from injury, but Fabio Quagliarella was not named in the squad actually. Giovinco is unlikely to start as he is just returning from injury and thus possibly unfit and/or out of form. Thus we will see Osvaldo and Llorente teaming up, the two have not performed together too much in the past, but perhaps Napoli’s leaky defense will give them a chance to shine.

Another fierce battle awaits Juventus: Bianconeri will face Napoli at San Paolo on Sunday night. Probably the most dangerous match until the end of the season (hopefully the trip to Olimpico in the second-last match day will be irrelevant for the Scudetto race): Juventus have never won there in the De Laurentiis era in eight games

Napoli have had a good season, but the cold-hard fact is that last season they finished second and this year they will finish third, they are on pace to conclude with the same points, they have been eliminated from both Champions League and Europa League, spoiling Benitez’s good international resume. They are in the Coppa Italia final, it’s true, and they arrived there by beating Roma, but it’s not exactly a first since they won it two years ago. Beating Juventus would be a nice way to completely save the season.

The defense is clearly Napoli’s Achilles’ heel: they have conceded 32 goals: 12 more than Juventus have and 17 more than Roma have. Reina has been ok, but not world class, and he had some uncertainties. Albiol has cornered the defense: he is a decent CB, but I don’t think that he’s elite and in a top team he should be no. 2, rather than the leader. Fernandez has improved, but he’s still shaky. Most importantly, they have played many games with fullbacks that are not really fullbacks (Maggio, Zuniga, Armero) and, excluding Behrami, the help from the midfielder has been often lackadaisical.

In the last five home games, they have won against Roma and Milan, lost against Fiorentina and drawn against Genoa and Chievo. You can already see the problem of this season from this small sample: they have not been able to consistently beat provinciali. That’s why they have 20 points less than Juventus have.

They have the second best attack (57 goals), only Juventus have done better (67). Higuain, Callejon and Mertens have been spectacular, combining for 31 goals: we knew El Pipita could score, but nobody saw that coming from the Spanish, while Mertens has adapted quickly to Serie A. Insigne and especially Hamsik haven’t had superb seasons, but they can make a decisive play out of nowhere.

The latest reports indicates that Benitez will field his customary 4-2-3-1. Reina will start, as Rafael has torn his ACL last month. In the defense, Henrique is set to be confirmed as RB after the golazos against Catania and the good performance against Porto, even though Reveilleire has some chances (Maggio is out after suffering a pneumothorax). Fernandez and Albiol have been the usual CB pair for a while. The steady Ghoulam will start on the left: he has a delicate feet and can kick good free kicks.

Even though Jorginho-Inler has been the best all-around midfielders’ duo, Behrami is more likely to start than the Italian Argentine is. This would give a more defensive and energetic look to the lineup, but Inler would have to take (too) many responsibilities in the build-up of the action and sometimes he has struggled when he had to do too much. The presence of Jorginho, even though he hasn’t 100% adapted to Benitez’s scheme and is way more efficient in a 3-man midfield, takes some pressure off Inler.

Mertens comes from a scary ankle sprain, but he should be fit enough to be on the bench. The CAMs’ trio will be Callejon-Hamsik-Insigne and of course Higuain will be the lone striker, despite the Duvan Zapata’s brace at Massimino. There is a lot going on in the Napoli attack, that’s what makes it so difficult to contain. Higuain is deadly in the box, but more often than not he roams on the pitch to fabricate chances for the others (seven assists), freeing the central area for the cuts of his teammates. Callejon has mastered this art and this has been Hamsik’s forte for his whole career. Mertens and Insigne are threats will the ball on their feet. Moreover, Napoli can count also on the outside shooting, since Insigne, Mertens, Inler and Dzemaili have a powerful and precise stroke.

Benitez has implemented a fascinating combination of possession football (54% average) and counterattacking game (16% of Napoli’s goals came from this situation). Sometimes, it’s hard to develop this two characteristics when playing against a team that parks the bus and that’s why Napoli have struggled against provinciali. A tired Juventus will be happy to let them have possession, like it happened against Fiorentina, cutting down the opportunities for counters and taking away Napoli’s best weapon.

Napoli are not tank like Juve and Roma: they have flaws, they are not incredibly solid mentally, they are blunder-prone in defense and also lack of killer instinct whey they take the lead, often allowing the opponents to come back, but on Sunday they will play their heart out to beat the most hated rival.

Napoli 2 – 0 Juventus: Review and Ratings from a Tough Match