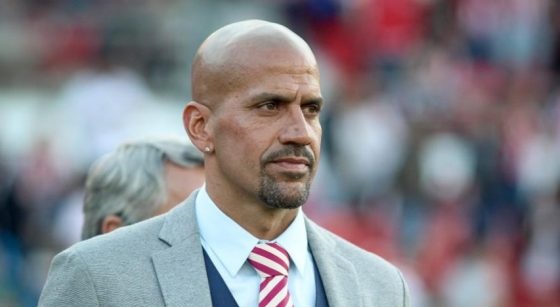 Sebastian Veron has his say on the current Juventus struggles

The Bianconeri lost the league title for the first time in 10 seasons in the last campaign.

They had enjoyed an unprecedented level of success in Italy in the previous nine seasons and even reached the final of the Champions League twice.

However, they have struggled in the last two campaigns. Even the return of Max Allegri hasn’t made things much better.

They are being criticised by fans and pundits for their struggles, but former Argentina international, Veron understands.

He says via Tuttojuve: “At Juve they dominated for 9 years and came close to the Champions League, but all cycles, even the most successful, are exhausted. It is enough for some players to go away and others to lose the drive. When you’re used to it. It’s hard to get back to a gear and then drops. But Juve remains a great club and it won’t take long to get up.”

It is truly very hard to find a club that dominates any division forever and Juve’s nine straight seasons of winning Scudetto might never be repeated.

The club is being rebuilt and fans need to be patient while Allegri puts the team in order before it can challenge for titles again.

Regardless, we should finish this campaign back inside the Champions League places.

Juventus target reaches an agreement over his next club