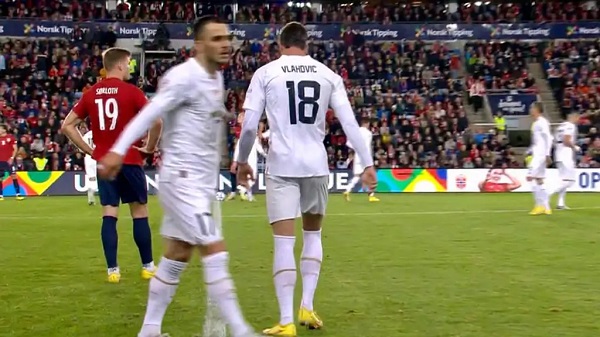 Juventus duo Filip Kostic and Dusan Vlahovic did not start Serbia’s match against Brazil as they fell to a 2-0 defeat.

Both players are key men for their clubs and country and fans expected them to be in the starting lineup for the game against the Brazilians.

However, that wasn’t the case and Vlahovic came off the bench just as he did in his country’s last friendly game before the competition.

The striker missed Juventus’ last few games because of an injury, but Kostic was a regular.

After the defeat, their manager Dragan Stojkovic said via Football Italia:

“We must also consider the three key players who were not at the top, namely Vlahovic, Mitrovic and Kostic. However Brazil won deservedly, they dominated in the second half.

“I’m sorry we didn’t have everyone at the top, it’s not a tactical issue, we have a few days to recover and to prepare for the decisive matches. Hopefully, we can count on Kostic.”

Kostic and Vlahovic are key men for their country and probably would have helped them to avoid defeat if they had started the match.

However, their manager believes they are not fit enough to play from the start.

We wish them a quick recovery and look forward to seeing them do well in the competition.