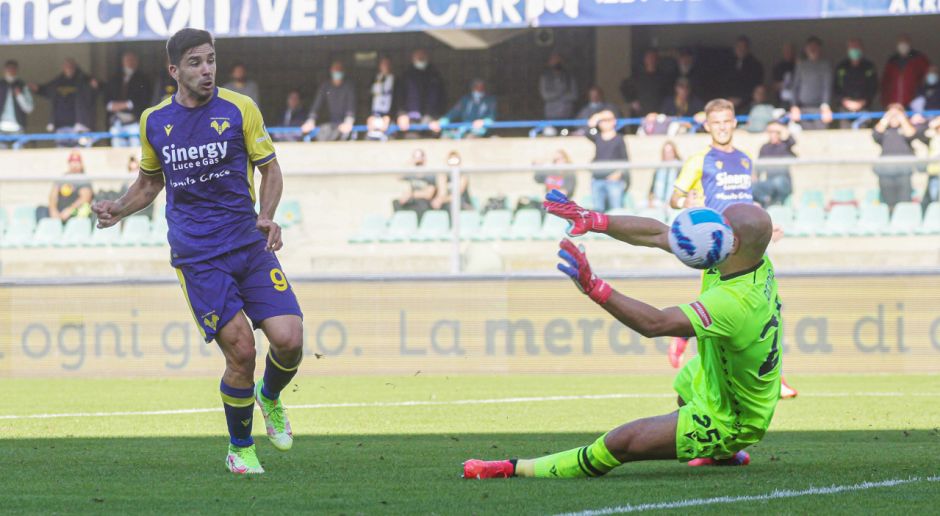 Despite signing Dusan Vlahovic last January, Juventus are still searching for a new striker ahead of the summer transfer market.

That’s because the club’s attacking department has been depleted following the departures of Paulo Dybala and Federico Bernardeschi, while the fates of Alvaro Morata and Moise Kean are anything but certain.

Apparently, Federico Cherubini and company have laid their eyes on Giovanni Simeone who enjoyed a solid 2021/22 campaign.

El Cholito has been plying his trade is Serie A since 2016, enduring some highs and lows during his time at Genoa, Fiorentina and Cagliari.

Nonetheless, the Argentine finally found his niche during his loan spell at Hellas Verona, transforming into a devastating striker under the tutelage of Igor Tudor.

According Calciomercato, Verona have an option to buy Simeone from Cagliari for 10 million euros. They would only allow him to leave towards Juventus for an immediate profit.

The source claims that the Gialloblu would be gunning for a windfall worth four or five millions.

Last season, the bomber contributed in 17 goals and six assists in 36 Serie A appearances.

Due to Diego Simeone’s storied relationship with Juventus, it would be strange to see his son donning the black and white jersey.

Nevertheless, the 26-year-old has been carving his own path away from his father’s legacy, and even possesses different traits character-wise.

For 15 million euros, Simeone might turn out to be a true bargain for the Bianconeri.

Video – Locatelli or Kean: Pick your favorite piece of skill