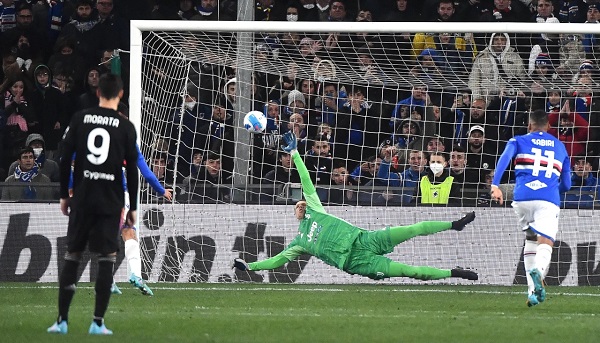 Serie A round 29: Three Top players from Juventus… and one flop

Last Saturday, Juventus cemented their positive run with another win, this time at the expense of Sampdoria away from home.

The Bianconeri won the match in a 3-1 result, which turned out to be one of the best team performances from a round that contained a host of draws as well as slim wins.

Therefore, Calciomercato picked three Juventus stars amongst the best XI players from Serie A round 29.

The first is obviously Alvaro Morata, the author of a personal brace. The Spaniard also had a role to play in the first goal of the match (Maya Yoshida’s own-goal).

The second top performer is Arthur Melo who orchestrated the play from the middle of the park. His long ball towards Moise Kean culminated in spot kick (resulting in the second goal).

Finally, the source recognized Wojciech Szczesny as the best goalkeeper of the round due to his brilliant spot kick save against Antonio Candreva.

But on the opposite site, the same website named Adrien Rabiot amongst the eleven flops of the Italian weekend.

The Frenchman was poor and wasteful on the ball, earned a needless yellow card and gave away the penalty kick due to a handball.