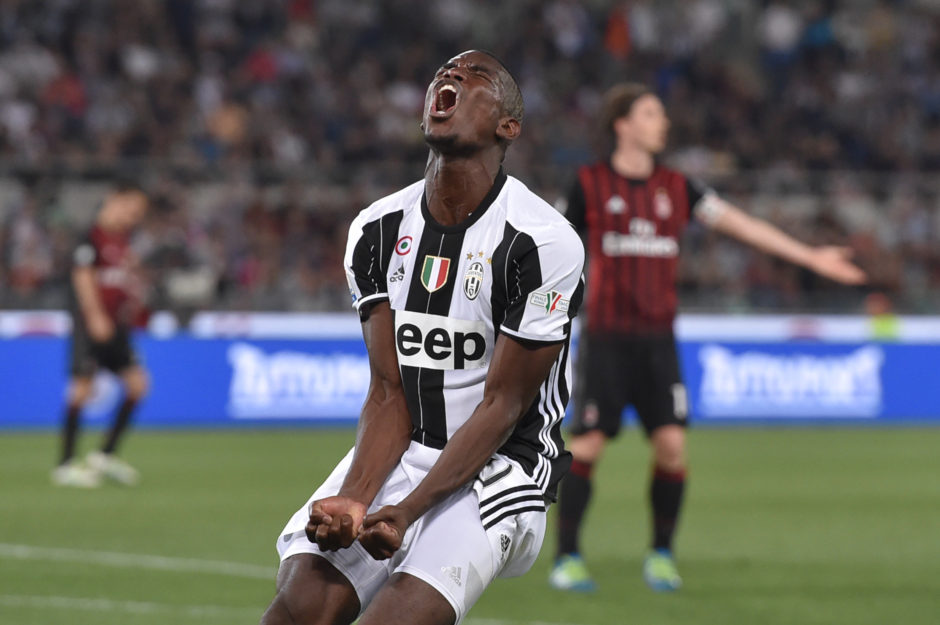 The saga is finally over. The most talked about, most rumoured, most scrutinised transfer deal in years came to a head this week when Juventus sold Paul Pogba to Manchester United. Juve picked up a cool €105m on a player they signed for €800k four years ago, and United gain a potential world beater who can often dominate games single handedly and has only just turned 23. Everyone wins, right? Wrong.

Fans of the Bianconeri have surely been wondering, why would Pogba go back to a side that rejected him four years ago? Why leave Juventus now when Beppe Marotta and Fabio Paratici have constructed a side that has a realistic chance of winning the most coveted prize of all, the Champions League, for a team who isn’t even in the competition? The answer is money and a worldwide attention so vast that Juventus currently cannot possibly match.

Serie A has been in gradual decline for full decade now, Calciopoli started the process and the league has never recovered a fraction of its global prestige since. To give an example of how strong Serie A’s reputation was little over a decade ago, Andriy Shevchenko won the Ballon d’Or in 2004 for winning Milan the league and netting himself the Capocannoniere award despite Milan being eliminated from the Champions League at the quarter final stage. That’s simply unthinkable in the current age.

Pogba wants to win that same award and feels that he cannot achieve that whilst playing in Italy (although by the same token there has only been one Ballon d’Or winner playing in England in the last fifteen years, so maybe not the best of choices for the Frenchman in that regard).

Average attendances in the league have fluctuated ever so slightly up and down over the past ten years but have usually stayed within the 22k-24k bracket, yet this only tells part of the story. Watching Serie A games on TV can be a depressing spectacle. Neglecting the spectator aspect of the visual, the poor state of the stadiums, combined with the almost amateurish-looking production values beamed across the globe by MP & Silva, does nothing to attract viewers to watching Serie A games.

To use pro wrestling verbiage for a second, Serie A has ECW-esque production values and the Premier League is akin to Vince McMahon’s all conquering, all consuming WWE glitzy presentation. It’s a striking juxtaposition.

The decline of the past decade can be best exemplified by the Milan duo; they’ve lumbered from one disaster to the next and have been blighted with years of short-term thinking. Both failed to capitalise on Champions League success by maintaining the aging core of their squads and a failure to reinforce with younger players. Silvio Berlusconi essentially stopped pumping money into Milan ten years ago and when the older players retired or moved on, Milan plummeted.

Juventus, as everyone knows, regained their stability following the Secco years via building the J stadium. This was the key to their current run of nearly unprecedented domestic success. They have shown the rest of the teams in the league the way forward, yet no one has tried to emulate The Old Lady.

Roma announced their ambitious Stadio Della Roma in 2013 with the aim for it to be open by the beginning of this upcoming season, well over three years later and not a single brick has been laid in the capital, with the planning of the stadium still mired in bureaucratic wrangling that is Italy’s calling card. Roma president James Pallotta has said recently he hopes to have the stadium opened by 2021, eight years after it was first announced.

Half a dozen teams in the league have all announced new stadium ‘plans’ but nothing has come to fruition, Milan, Fiorentina, Napoli, Sampdoria and Cagliari have all had proposals for new or renovated stadiums stuck in political quagmires.

The building of stadiums won’t fix all of Serie A’s problems, but it will financially aid teams significantly, this in-turn will have a positive knock-on effect of driving up TV deals. On the domestic front Serie A has a very good deal. €1.2 billion a season from 2015-18, but it’s on the international deal that the league is losing serious ground, not only to the Premier League but to La Liga and the ever-growing Bundesliga. The league’s international deal is €186m for 3 years, compare that to the reported figures of €300m and €600m a season for the Bundesliga and La Liga respectively and you begin to see how behind calcio is.

In the age of social media, Juventus are also leading the way, with their website translated into several languages and their use of multimedia on Twitter, Instagram and Facebook garnering millions of followers. Upon taking over at Roma, Pallotta was amazed Roma had virtually no social media existence.

The Roma president spoke this year of club owners all working together to create an improved, more transparent league with all boats rowing in the same direction, and used the Premier League as the model to which Serie A should look up to. However most of the presidents in the league all push their own agendas, more concerned with their own team and not having the clarity to foresee the bigger picture (Claudio Lotito, Massimo Ferrero and Aurelio De Laurentiis being the prime examples). How else would a racist such as Carlo Tavecchio be appointed to look after the league’s best interests, and not be removed after the banana-comment scandal? You couldn’t make it up.

Arguably the only modern-thinking presidents are Andrea Agnelli, Pallotta and Sassuolo’s president Giorgio Squinzi. There might be fresh hope in the shape of the Suning group who has control of Inter and the new Chinese conglomerate who have an agreement to buy Milan.

So you might be asking, what has all this got to do with Paul Pogba? Pogba is a player with ambitions, and he rightly feels that plying his trade in Italy no longer matches said ambitions. Juventus, whilst currently being handcuffed by the dire straits of the rest of the league, can only give players like Pogba so much before they get itchy feet, just like Arturo Vidal before him.

The Bianconeri are like an A-list actor starring in a film with a poor supporting cast. Without Petrodollars or a Sheikh to entice players like Pogba to stay aground, their hands are ultimately tied. Serie A has failed Paul Pogba, not Juventus.