I despised Sevilla after our first encounter earlier this season. Not just Sampaoli’s face and psuedo menacing posturing in the tightest shirt of his wardrobe, but their typically Spanish theatrics. And so, despite our patched up squad, missing two of our best defenders, two of our best attackers, I was desperate to see us put these swine to the sword…

The first half was fairly even. It would be fair to say the the home side showed more endeavour, but we were a threat on the break. When the goal came, it was thankfully down to no individual error, but a brilliant strike from Pareja, from just outside the box. Heads didn’t drop, at least not on the Juve side of the divide, yet Sevilla showed themselves as pigfuckers, as they demanded cards for every tackle they lost, hacked and wailed at every card or warning received and it came as no surprise to see Vazquez sent off for his second booking of the match with a pointless foul on Khedira, who was going nowhere.

We had conjured one decent chance through Mandzukic before deep into stoppage time, Bonucci invited the foul in the box from a corner. Clattenberg gave the penalty, which seemed fortuitous at first glance, but the replay showed this was a fine piece of officialdom at work. Marchisio stepped up and struck a decent effort which squirmed under the keeper for 1-1.

With the home side down to ten men, Sampaoli warned for disputing every single decision ferociously, Allegri held fire, kept faith with the same starting XI. And why not eh? For at 1-1 we had control not only of qualification, but also first spot, for if it came down to head to head results from a draw on points, we would go through above the filthy spaniards, as they couldn’t manage a goal in the draw in Turin.

Sevilla huffed and puffed. Their eagerness to remonstrate with the officials grew worse, and Sampaoli was finally sent to the stands. Pjanic had a decent effort saved. We then grabbed control of the game, slow, pedestrian probing, which seemed to be too easily defended against.

Allegri brought on Sturaro to try add some muscle and hustle in midfield, yet it was later in the game, with barely five minutes of official time remaining that he threw on Kean. Who made an instant impact. The 16 year old forcing the defender to clear to Bonucci from a corner, and the big man upstaged Pareja with a superb left foot drive from 25 yards out for 1-2.

Chiellini was brought on for a brief cameo to help shore up the back line and consolidate the victory, and yet it was our lads who scored yet again, very late on, with Marchisio finding Mandzukic in space, who dropped a shoulder, and placed a perfect pea roller into the corner for 1-3. Composed and clinical.

Buffon – Could do nothing for the goal, other than which was largely untested. 6.5

Rugani – After his injury bothers he has recently represented his country magnificently in the draw with the Germans, then continued his return to form with a mature performance in this important tie. Passed well, tackled and covered fine and brought the ball out of defence intelligently. 7

Bonucci – A rock at the back, won the penalty and scored the winner. Big Leo has been exceptional for a while now, world class on occasion, yet this was the perfect performance of experience, guile and indomitable spirit. I know of no other centreback in the world game who is his equal. 10

Evra – Made up for his lack of youthful exuberance with a calm and composed showing. Far from wonderful with his distribution but to his credit he is playing different roles each game, and producing solid performance week in, week out. 6.5

Alves – Disciplined in his positional endeavour, allowing Cuadrado to take up positions the Brazilian naturally seeks, and kept his eye on the ball and players to defend soundly. 6.5

Khedira – Came close with a smart drive hit first time in the first half, then faded dreadfully in the second. 6

Marchisio – Leggy, as to be expected after such a long injury lay off yet stuck to his game, played some beautiful passes, screened the defence and scored the all important equaliser. His movement was laboured, and his distribution often telegraphed, but he brings so much more to the regista role than any other in the squad and I am so very glad to have him back in the ranks. And know he and the side in turn, will only improve as he regains his sharpness. 7

Pjanic – Other than the one decent drive towards goal, the Bosnian was largely uninvolved. We are yet to work out how to get the best out of him, but its the system not the player which is failing. He stood up to be counted when it mattered. 6.5

Cuadrado – Far from his finest or worst performance, Juan toiled and showed impressive discipline, yet found no major openings as he was very well contained by the home side rearguard action. 6.5

Sandro – Asked to play as a wide forward, Alex struggled to impose himself on the game. He was up against always two defenders, and worked damn hard to his credit, yet he is clearly more potent when deployed from deeper. 6.5

Mandzukic – His form of late has been improving, and such is the determination of the giant Croat that he was ready to plunder the third deep into stoppage time, taking his goal intelligently. Offered no support up top for most the game, he gave his all for the cause, and I am rekindling my love for his value. 8

Sturaro – Still finding his feet. A few misplaced passes, little offered going forward, yet as always, Stefano gave in the least, a contribution of immense determination and hustle. Major room for improvement. 5.5

Kean made his debut in Serie A and the Champions League aged 16…all in the space of four days.

Kean – So little time, yet he made a major impact in forcing the defender to clear the ball from Alves to Bonucci, who scored a blinder. 6.5

Sevilla are the most solid team we have faced this season. As their record domestically as well as in Europe confirms. They are extremely well drilled, very hard to break down through open play and lively up top. However, they are also appallingly absent of sportsmanship, constantly faking injury and suffer from a warped sense of entitlement. They represent everything I hate about Spanish football. The diving, the theatrics, the demanding of the ref to award yellow cards. Which comes from the manager, who even after finding himself sent to the stands still basically said FUCK YOU to the officials by continuing to communicate directly face to face with his assistant on the bench. I hope he is punished, as per the rules. For he was atrocious from start to finish in both games. Absolutely classless. We need to see such antics crushed in football.  The sooner, the better.

Perhaps we were lucky to have Clattenberg, the major superstar ref of the premier league, a man who is well aware of his power and adores the occasion of soaking up the limelight, knowing he has the final say.

Not so welcome were two yellows received for nothing challenges to those of our own ranks and the weird decision to avoid sending off Mercado yet awarding the penalty for his obvious foul in the box.

We did not play well. Which was to be expected with the absences, a new formation, a LWB playing up top, and Marchisio still finding his rhythm after so long spent recovering from his ACL horrors. What we did show however, was grit, belief, togetherness and calmness. All of which comes from the manager and the experienced members of the squad. This is why Marchisio played, when nowhere near match sharp, for it was not his form we needed, but his experience, intelligence and maturity. Which counts for so much in a volatile fixture such as this one, especially when playing away from home. 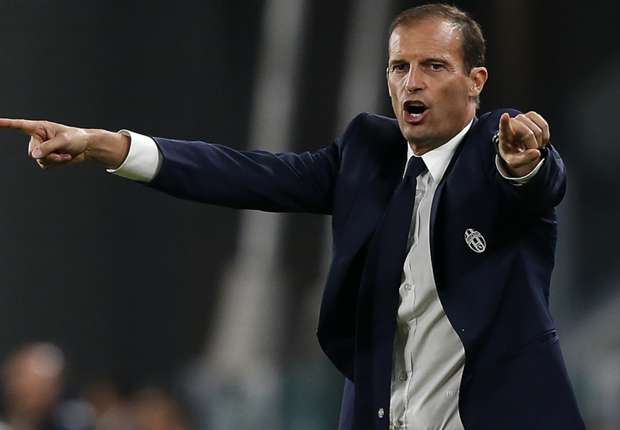 Cool, calm and collected. Allegri played his hand perfectly against a tough opponent.

Some could moan of Allegri’s moves from the bench, but consider that the sole attacking move we could make was to bring on a 16 year old, who has played a handful of minutes last weekend at senior level in Serie A and was to make his european debut at the same level in a cauldron atmosphere. I salute Allegri for his work. Outstanding, given the options available.

Bear in mind that Sevilla had lost just one game at home in La Liga and not conceded in the champions league before last night. With a side missing 4 key players, we beat them 1-3. Deservedly.

Which continues this uncomfortable grasping towards the old adage of great teams winning when playing badly, which sums up our season to date. The proof of the pudding will come when we have a full squad to choose from, and hope to find some momentum, and an upturn in cohesion and form. Despite which, Allegri has us top of Serie A by 7 points and already qualified for the knock-out stages of the champions league. Which has been achieved with a wretched injury crisis and the steady absence of one or more of our strongest players.

There are many more reasons to be cheerful, proud and hopeful of glory than despondent.

(NB, the U19s won a handsome 0-2 victory away to Sevilla, goals from Clemenza and Zeqiri, leaving us placed brilliantly top of the group. I believe even a draw at home to Zagreb in the final fixture will see Grosso’s young guns progress to the knockout stage!)