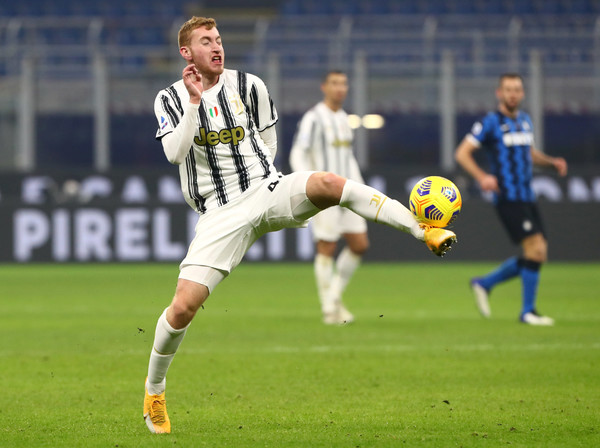 Juventus are strongly linked with a move to sign a striker this month, but Dejan Kulusevski deserves more minutes.

The Swede has enjoyed limited playing time so far this season, but has impressed when given the nod, and most recently was given the role in behind Cristiano Ronaldo in the Super Cup.

While this wasn’t his best performance, the opposition were extremely strong in defence, and he did little wrong in the final third.

Kulusevski was voted as the sixth best player under 21 years-old playing in a top division in Europe, but has started in only seven of our Serie A matches this season, and is more than comfortable playing off the main striker.

Bringing in someone like Scamacca who TuttoSport regularly update on our chase of, who I believe is also best off playing as the second-striker, would only move to limit Kulusevski further, when I want nothing more than to see the Swede playing more often.

While Dejan’s favoured role is on the right-wing, as is Federico Chiesa’s, the former Atalanta man has more goals from a deeper position than Scamacca for comparison’s sake, and I can’t help but believe that we would be better off by using our more versatile players to fill the void which is believed to be in the squad.

Should Juventus bring in an experienced striker to bolster our options on the other hand, that would make sense, but bringing in Scamacca when we have better and brighter prospects wanting more minutes would be a waste.