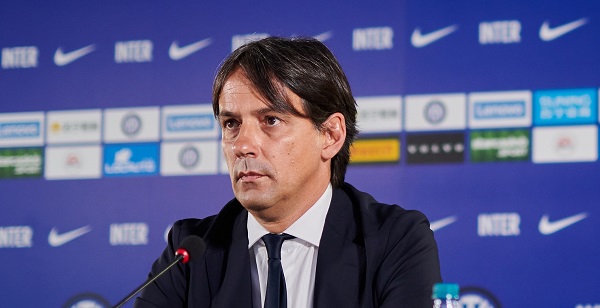 Juventus faces Inter Milan in the Italian Super Cup midweek and both clubs earned wins at the weekend to prepare them for the match.

Juve beat AS Roma 4-3 in a thrilling contest at the Stadio Olimpico, while Inter Milan earned a 2-1 win against Lazio.

That was Inter’s first match of the year after their earlier fixture was postponed for covid reasons.

The game against Lazio is one of the toughest fixtures they could have played, but they did well and earned all the points against Maurizio Sarri’s men.

That was the best way to prepare for a match against Juve, with both clubs now aiming to win the first Italian trophy available up for grabs this season.

Speaking after his team’s victory over the Biancocelesti, Simone Inzaghi said via Football Italia:

“Naturally, we wanted to start 2022 with a victory. It wasn’t easy against a team with quality, who are well-organised and despite Thursday’s game were still physically sharp.

“If we look at the statistics Inter’s victory was deserved and I am happy. We have a massive game on Wednesday in our stadium and this was the best way to prepare.”

Both clubs know how huge the Super Cup is to their fans and they will be prepared to give us a very good match.

Juve’s win against Roma was not perfect and it could easily have ended in another draw, but they won it.

Max Allegri will be back on the touchline for the match against Inter and that should be an added boost for the players.

Opinion: Allegri, Locatelli and the tactical maneuver that inspired a memorable comeback

Wojciech Szczesny reacts to his match-winning penalty save