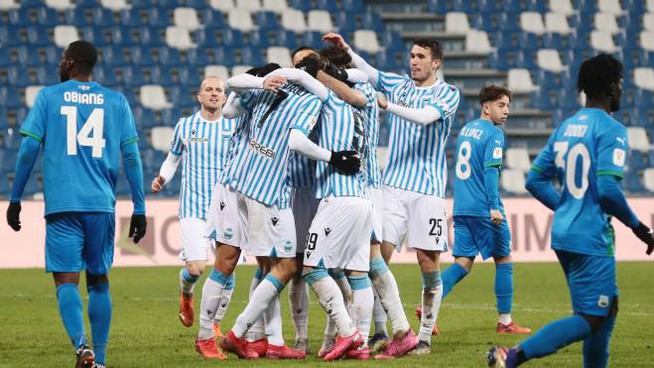 SPAL will take on Juventus in the quarter-final of the Coppa Italia at the end of January, after eliminating Sassuolo last night.

The Serie B underdogs enjoyed a thrilling win last night, but the win was far from easy. SPAL endured a very one-sided first-half where the Neroverdi dominated possession and a number of chances, but Berisha was equal to each of them in goal.

The game turned just after the break however when Filip Djuricic got himself a straight red card for a tackle from behind near the half-way line, and the visitors responded.

Within minutes, SPAL made their way upfield to open the scoring, and moved to dominate much of the second-half and added a second within the next 10 minutes.

They will now have a much bigger task in Juventus to come inside the coming fortnight, which will be played in their stadium.

Juve earned their place in the next round of the competition after a win over Genoa on Wednesday, although they made tough work of the match.

The Old Lady sped into a 2-0 lead inside the first 25 minutes, only to struggle to maintain that level of dominance, and eventually had to claim the win in extra-time thanks to youngster Hamza Rafia’s winner on debut.

SPAL may well find that they get the chance to take on a mix of first-team and younger players also, although Andrea Pirlo has already stated his intention of winning this season’s edition.

AS Roma joins Juventus and race to land impressive defender