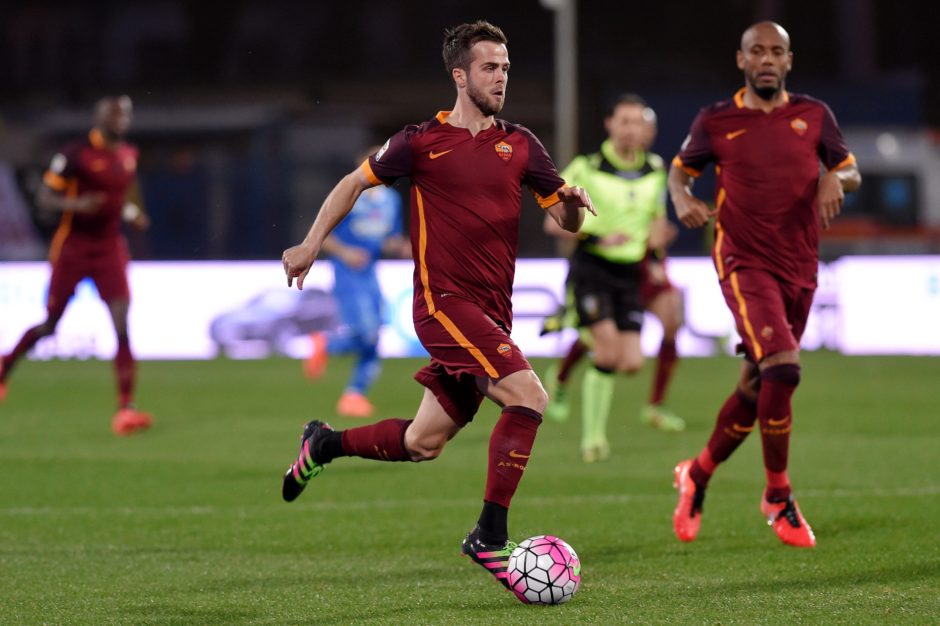 Luciano Spalletti is unsure on the future of Miralem Pjanic and admits Juve would be stronger with the midfielder in their team.

The Bosnian has been heavily linked to Juventus in the last few weeks and Roma coach Spalletti was quizzed about his star midfielder’s future.

“Would Juventus be even stronger with Pjanic? Of course they would, as he is a great player,” Spalletti told news agency Ansa.

“Is Pjanic staying? I don’t know, he can be happy at Roma, but then in football there are situations that can happen, because that’s how football works.”

Following on from Spalletti’s comments, this morning’s Gazzetta Dello Sport believes Roma may be forced to sell Pjanic, in order to comply with Financial Fair Play sanctions.

Gazzetta reports that if Roma wish to keep Pjanic, they would be required to offer him a new contract that remove the €38m buyout clause.

In order to avoid further sanctions, the Giallorossi need a further €30m when they submit their accounts to UEFA by 30 June.

Roma could be sanctioned if they fail to balance their books, and could even face the possibility of being expelled from the Champions League as Galatasaray were in the last two seasons.

As a result, Gazzetta believe Roma may be forced to part with their midfielder in order to bring themselves back in the black.