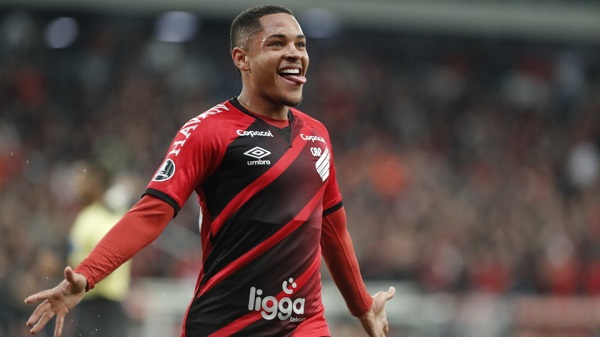 Vitor Roque emerged as a transfer target for Juventus in recent days as the Bianconeri consider more talents from Brazil.

The last time, they signed Kaio Jorge, and another youngster from his homeland could join him in Turin.

Reports claim the Bianconeri has already tabled an offer to Atletico Paranaense for Vitor’s signature.

They intend to quickly seal a deal to add the 17-year-old to their books, but they have not been fast enough.

A report on Tutto Sport reveals Juve is now facing competition from Barcelona and Real Madrid for his signature.

Both Spanish clubs love to move for Brazilian talents and their interest should be taken seriously.

Juve knows these clubs pose a serious threat to their bid to add him to their squad and we expect them to take it seriously.

Vitor Roque is a top Brazilian talent and the eyes of the world’s top clubs would be on him.

At 17, he would not get into our first team immediately, but that should not stop us from signing him if we can.

The attacker will develop into a top talent and we would be smart to have him on our books this early in his career.