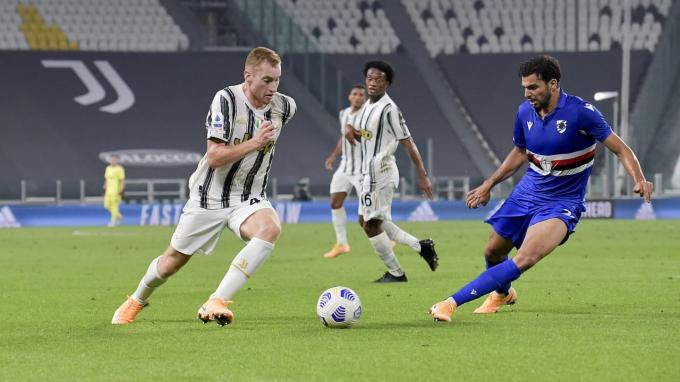 Since the start of the season, Dejan Kulusevski has seen very little game time under the guidance of Max Allegri.

The Sweden international was widely considered to be one of the best up-and-coming players prior to his arrival to Turin.

But besides few flashes of brilliance, the 21-year-old has thus far failed to cement himself as a pillar for the Bianconeri.

This season, the young winger is yet to score in his 12 Serie A appearances, with most of them coming from the bench.

His lone goal in the campaign so far was the late winner away against Zenit in the Champions League.

Therefore, the player’s future could be away from the Allianz Stadium, with the likes of Arsenal and Tottenham said to be interested in his services.

But according to ElGolDigital via ilBianconero, the North London rivals are not alone in the race for Kulusevski’s signature, as Sevilla has entered the fray as well.

The report claims that the Andalusians are hoping to seal a six-month loan deal for the former Atalanta youngster in January.

The La Liga side is also willing to match the Old Lady’s asking price (35 million euros) as the deal would include an obligation to buy at the end of the season.

The source adds that Juventus consider Kulusevski to be a mandatory sacrifice, as the management tries to raise money to launch an onslaught on their primary transfer target, Dusan Vlahovic.