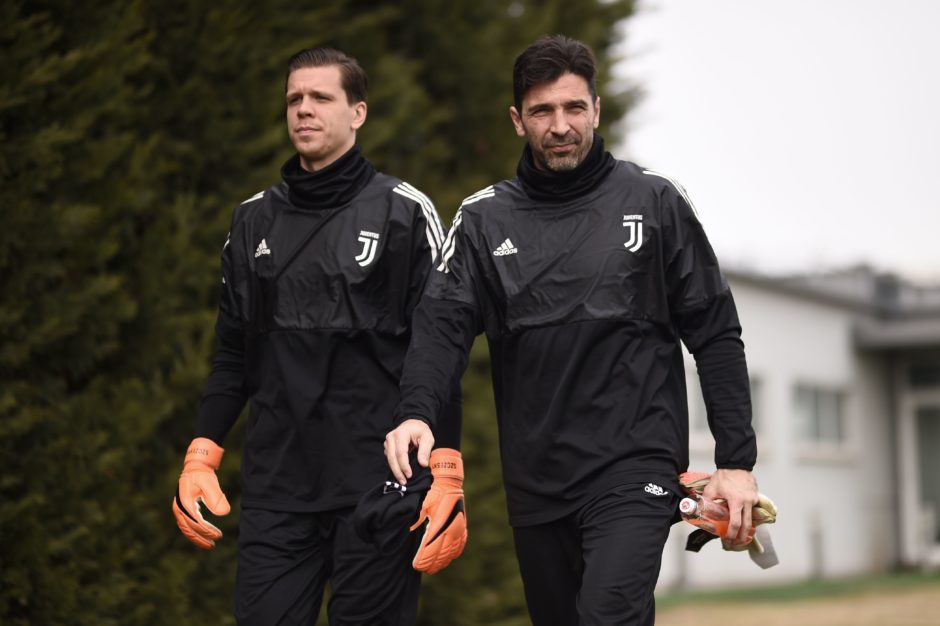 The Polsh international has been the first choice Juve keeper for almost two seasons but the summer saw the return of Buffon to the squad.

“I admit it is very strange to have Gigi Buffon as my back-up,” Szczesny told Tuttosport. “A few years ago, it would have seemed crazy to even think of such a scenario.

“But I can tell you that this experience gives me a lot of joy, because Gigi is first and foremost a friend, and then a teammate. We have a great relationship, so I am living this experience to the fullest and with the utmost pleasure.

“De Ligt handling the ball? Is he stealing my place in the team, no!. We do joke a little about what happened, but I won’t tell you what gags I pull.

“I feel good, let’s say I feel good, my role has changed a lot, yes. I must play more advanced, as the defensive line in front of me is higher up the pitch. We always try to press and keep the team high. I need to adapt and I’m more involved.

“We are surely not lacking the quality. If you have players of this kind on the bench, it really means you can turn the game around at any given moment.

“But, behind all of this, there’s a lot of hard work. We sacrifice a lot during the training sessions and it allows you to have some more energy in the final minutes of the game; to find the right focus. So, quality, OK, but also the sacrifice that bears fruit in the right moments.”