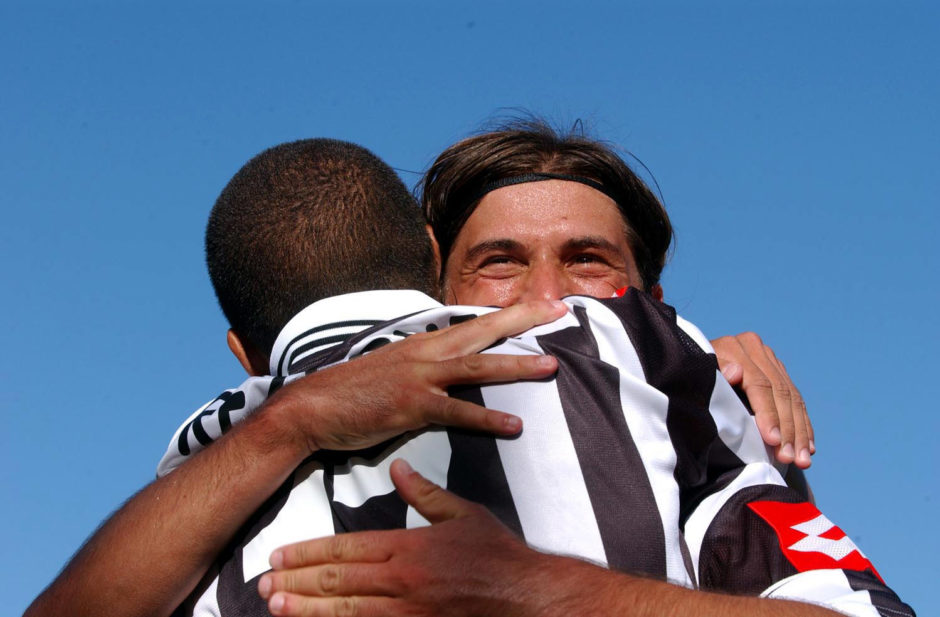 Former Juventus midfielder Alessio Tacchinardi believes the current poor performances aren’t solely due to Maurizio Sarri: ‘the players have to do more.’

Speaking to TuttoJuve, the Bianconeri legend spoke at length about the issues facing the current team and what he views as the root of the problem.

Such an ugly, insecure and fragile Juventus hasn’t been seen in the past nine years. What are your thoughts about it?

“Personally, it is strange to see her this way, she is not going through a positive period but it is clear what the causes of this involution are, because I liked the team until the Super Cup. In my opinion there’s too much fierce criticism for a team thats first in the standings, that is about to win the championship, the real fact is that currently there is none of the ‘fun’ or quality that we expected from the new coach. Regardless of Sarri, the players are not showing their value. I think the conclusions will have to be made at the end of the season, now the processes that only serve to find the culprits are completely useless.”

Too many fierce criticisms, however in the last three games there have been unexplained blackouts. In this post lockdown, Juve really seems to resemble Doctor Jekyll and Mister Hyde.

“The drop in form is mainly when players are substituted, also because the coach has been doing well for ten years. You also have to consider that this is a particular period, games being played every three days and it is not easy Fortunately, the opponents have slowed down, because with Atalanta and Sassuolo the risk of questioning the championship was there. They are entering a whirlwind, this is not the way to seek growth. ”

So, in your opinion, isn’t it all Sarri’s fault?

“I don’t know how much blame to give him, the team plays very well for twenty minutes and then disappears from the pitch. We shouldn’t just slaughter him, what more can he do? There have been some important blackouts, I think the players have to do something more.”

Yesterday there were  five changes…?

“I have read many opinions on the formation and the changes, but the players always go on the pitch. If they then enter the pitch with the wrong outlook, it is not Sarri’s fault for not motivating them. The form is not the problem, but the level of the guys that is not up to this club. I would be curious about his relationship with the players, to see if he managed to create the right empathy with this group.”

As a former midfielder, what do you think of the current Juventus team?

“It is a flat midfield, I would like to see younger players with a great hunger for victories in the next Juve. I have the feeling that this cycle will end at the end of this season, even if the team is still first in the standings and in the running for the Champions League. Surely the current midfield, which is not at European level, will have to be changed, this is a department that is struggling to attack and defend. I think Paratici has no faults, Ramsey and Rabiot, I would have taken them too. But then we know that we can talk in hindsight.”

In addition to the midfield, in general, this team is affected by the solidity that has characterized it for years and years.

“Exactly, I agree. It seems to me that this team, in the constant and continuous search for aesthetics, is more focused on a good game than defending the result. The numbers of the last three games are no accident, so there is something wrong. I would like to Lo Stile Juve again, especially when the opponents faced a wall that was difficult to break. Now this concept has gone into the background, we think more of beauty.”

If Juve were to lose to Lazio, could they relive the ghosts of what happened in 2000?

“I now believe that the Scudetto is close, but if they were to lose it, they would really go into crisis. Paradoxically this Juve needs pressure, the impression is that when things are calm, they down tools. Maybe there is a little too much relaxation, to understand the situation properly, however, we would have to be in the locker room. I won’t go further, but it would be difficult if they lose points with Lazio.”

I would not like to put my finger in the wound, since you were part of that Juve, but that 2000 team had fluctuating results

“But it was a different league, it was played once a week and perhaps it was worse for us because you thought about it too much. The latter aspect fades when you are always on the pitch, but in the heat it is difficult to recover energy. Each year is a story in itself, but Juve is playing with fire a bit.”

Is it premature, to date, to speak of a farewell for Sarri at the end of the season?

“Today, taking shots at the coach is the easiest thing, I say it from someone who does this job. From what I hear, it seems to me that there is esteem and trust between the management and Sarri. As I already said a few moments ago, it’s the players they need to do more. “

Andrea Pirlo set for Juventus U23