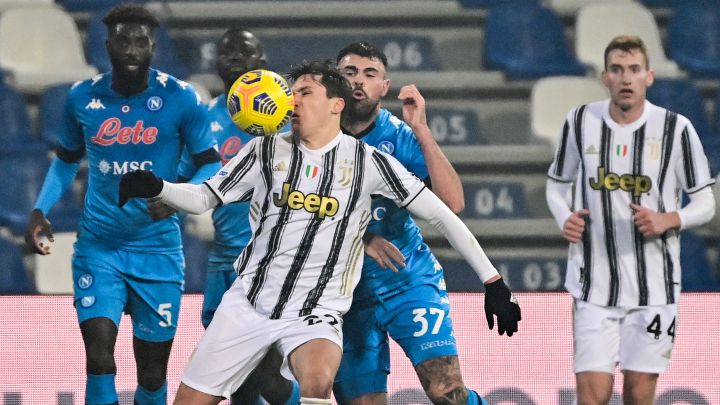 Juventus were beaten 1-0 by Napoli in their last league game as they fall further behind in the title race.

A spirited Partenopei side earned the win thanks to a Lorenzo Insigne penalty and avenged their loss to the Bianconeri in the Super Cup.

That was a game that Juve needed to win as they build momentum towards the top of the league table.

They now face an uphill task in their bid to close the gap between them and the two Milan teams.

After the game, he took to his Twitter account to remark how Napoli stubbornly defended their advantage for much of the second half.

Juve did try to break them down, but Gennaro Gattuso’s side had an answer for every question asked of them.

Cucchi, however, added that Juve didn’t look as effective and pragmatic as they have been in their previous games.

He Tweeted: “The #Napoli defended the advantage gained in the first in the second half. The persistent Juventus attacks did not produce any effects and #Meret became the protagonist. However, the bianconeri appeared less effective and pragmatic than in the last few matches. #NaplesJuve”

Opinion: Juventus has to focus on the Champions League now, we cannot waste resources on Serie A