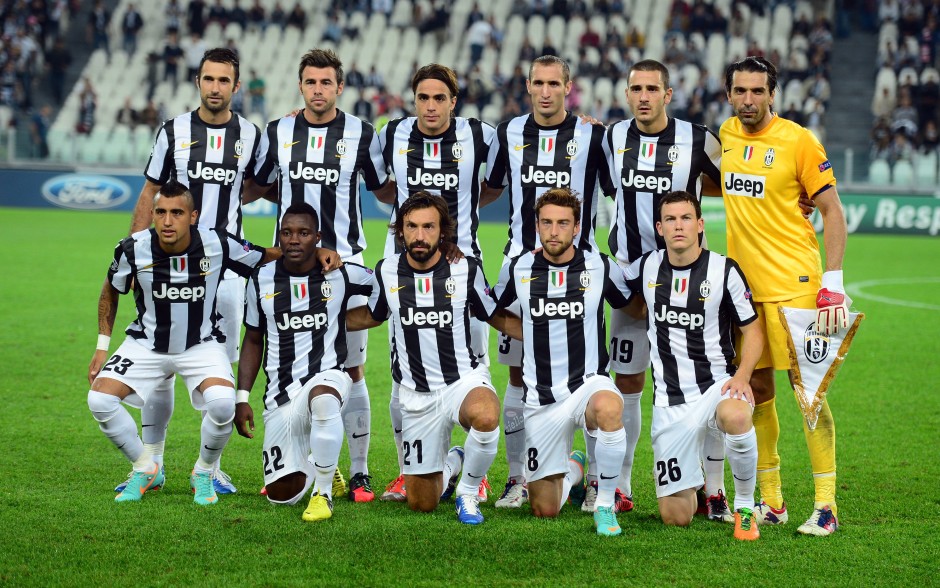 At one point or another, all good things must come to an end, a reality most Juventus fans are slowly and uncomfortably warming up to. After rising from Serie B and finishing seventh in consecutive seasons, Andrea Angelli took a risk and hired a relatively unproven Antonio Conte. Along with Giuseppe Marotta, the tactician restored the bianconeri to their past heights and began a new cycle, winning the Scudetto in their first season together. Gone were the days of mid-table finishes and disappointment. Trophies and celebrations became the norm in Turin. Juventus would go on to win eight consecutive league titles and dominated Italian football for the better part of the decade. In many instances, the league was wrapped up by February. 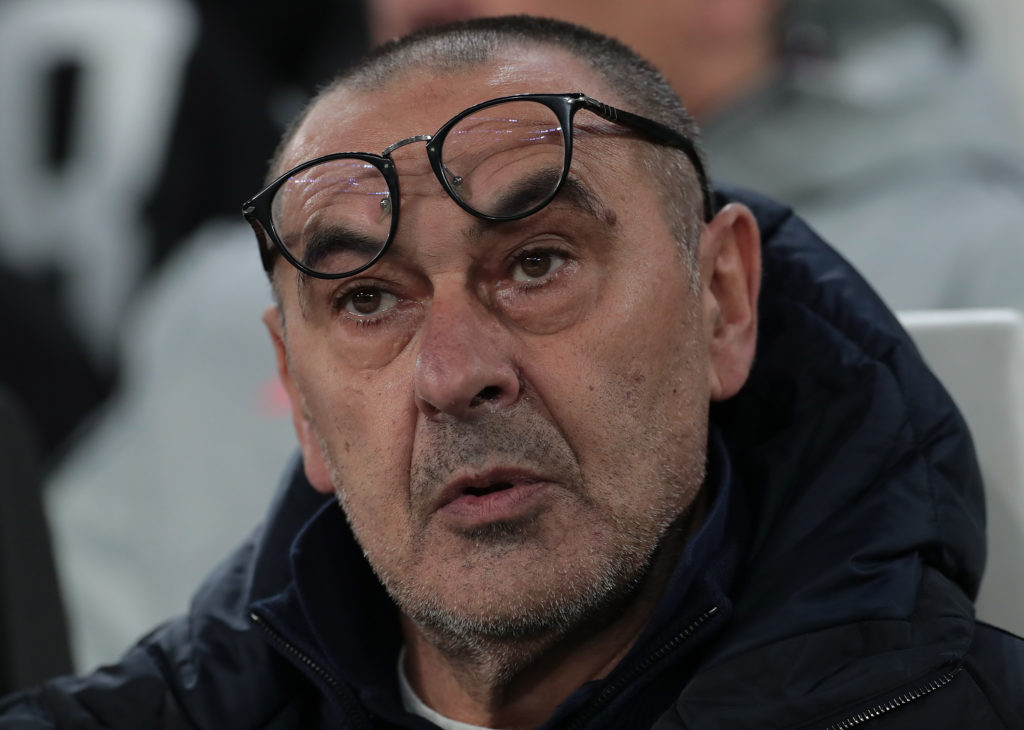 This season, something’s different. An air of vulnerability is in the air and the competition senses it. After years of bianconero dominion, they’re out for blood.

Sarri’s men are dropping points regularly, conceding goals like it’s going out of style and look lost for ideas in the final third. With Inter and Lazio breathing down their neck, the bianconeri look primed to relinquish Italy’s top prize.

Let’s face it – even if they manage to squeeze this Scudetto on individual brilliance alone, one thing’s for sure: We’re witnessing the end of an era. But how did we get here?

Let’s go back to Marotta, the man who kickstarted this cycle. Marotta was brought in from Sampdoria and quickly built a reputation as the free-transfer king. Andrea Pirlo from Milan. Paul Pogba from Manchester United. Fernando Llorente from Bilbao. The list goes on. Along with these bosman deals, Marotta was particularly shrewd and snapped up world-class players like Carlos Tevez, Arturo Vidal, and Andrea Barzagli among others for pennies on the dollar. Before you knew it, Juve had the best defence in Italy and potentially the world, and possessed one of the deepest midfield units in Europe. Imagine having the luxury of resting one of Pirlo, Pogba, Vidal or Marchisio. Well, Marotta’s Juve could. 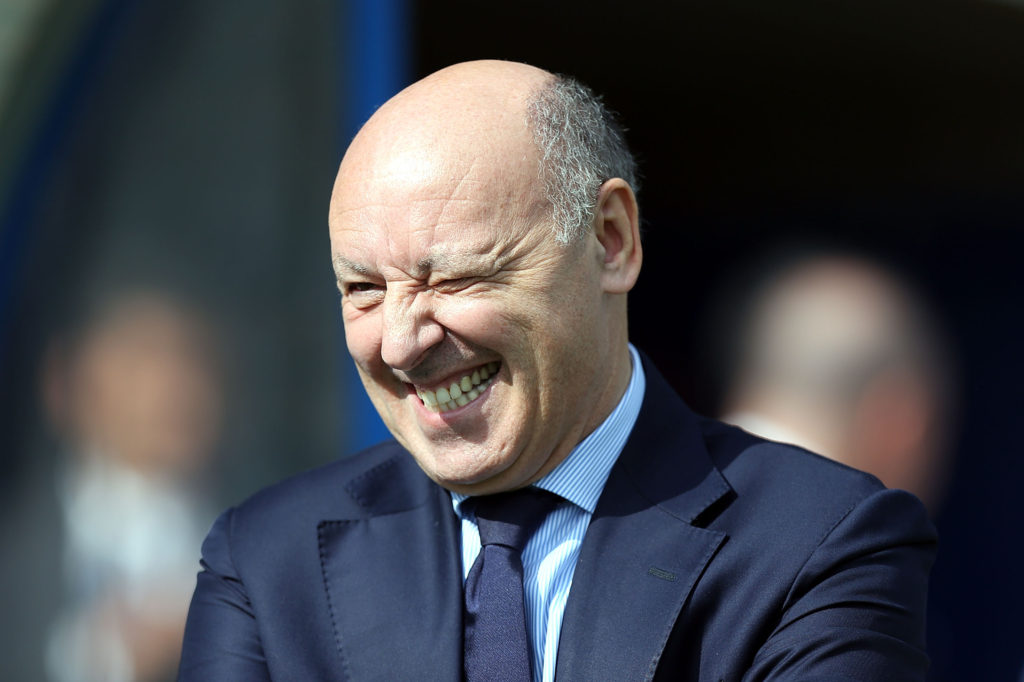 Having earned the respect of the club, Marotta recommended the hiring of Fabio Paratici. Paratici worked as a scout at Sampdoria with Marotta and built a great rapport through their time in Genoa. The duo continued their good work for eight years at Juve before their relationship reportedly took a turn for the worse. Unconfirmed reports suggest the fall-out was as a result of the historic Cristiano Ronaldo deal. Apparently, Marotta was opposed to signing the Portuguese superstar while Paratici played a central role in the negotiations. According to Paratici, however, “Marotta was never against Ronaldo’s arrival.”

The reality is, for better or for worse, we’ll never know what truly happened there. All we do know is that promptly after the deal, Marotta stepped down and joined fierce rivals Inter while Paratici was promoted to Chief Football Officer at the club. While Paratici has proven to be a proficient scout, he’s looked completely out of his depth in his new position. Meanwhile, Marotta is slowly building another Italian powerhouse at Inter, having secured Christian Eriksen cheaply, Diego Godin on a free transfer and invested heavily in Romelu Lukaku, Nicolò Barella and Stefano Sensi. Putting the team above the individual like he did at Juve, Marotta quickly shipped out Mauro Icardi and Radja Nainggolan. His final move was convincing Conte to lead the charge. Today, Inter are level on points with Juve and the Scudetto race will undoubtedly go down to the wire.

Paratici, by contrast, had a summer to forget. Replacing Massimiliano Allegri for Maurizio Sarri represented a culture shift at the club and many expected Juve to act accordingly on the transfer market. After all, ‘Sarriball’ is only possible with technical midfield players; something the bianconeri simply do not possess.

Rather than splashing for a world-class midfielder, Paratici took a page out of his mentor’s book and acquired Aaron Ramsey and Adrien Rabiot on free transfers. To beat the competition, both midfielders were handed €7m contracts plus performance-related bonuses. Much to Paratici’s dismay, neither player has lived up to the hype until now and have largely spent their first year in Turin on the sidelines. In fact, Ramsey has missed eight games already through injury. When he’s not injured, the Welshman looks an awkward fit in Sarri’s system. Rabiot, on the other hand, has shown glimpses of his talent, but fails to maintain a consistent level and often lets games bypass him. That’s over €14m euros in wages tied up on two players who have marginally improved Juventus’ midfield. That was Paratici’s first mistake. 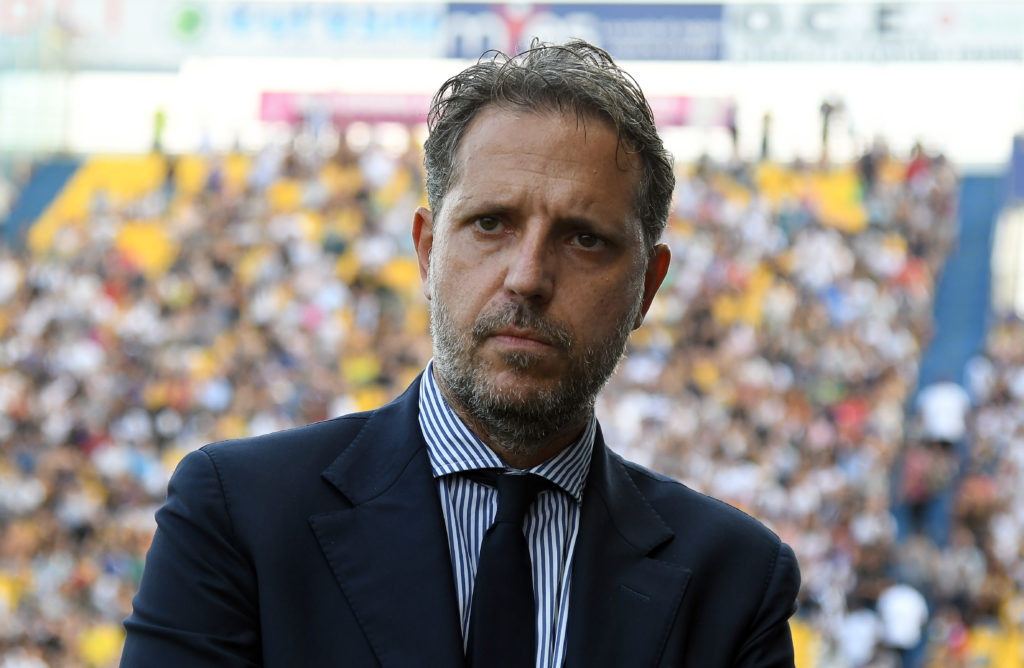 Besides Paratici’s inability to build a coherent midfield, the 47-year-old decimated Juventus’ defensive depth out wide. After flipping Leonardo Spinazzola for Luca Pellegrini, Paratici inexplicably loaned him back to Cagliari, leaving Alex Sandro as the side’s only senior left-back. The Brazilian has since featured in all but four of Juventus’ Serie A games out of necessity. Before this season, the 29-year-old was showing signs of decline and lost his offensive push.

This year has been no different. Sandro remains defensively solid, but offers close to nothing in the final third beyond an occasional assist. While competition for his role may yet rejuvenate him, Sarri has no choice to play the former Porto man the rest of the season.

Mattia De Sciglio, who was initially seen as a replacement for both right and left-back, has spent most of the season in the infirmary and cannot be counted on. See: Rebic’s most recent goal against Juve.

On the other side of defence, it doesn’t get much better. Once the transfer window opened, Paratici was quick to shop Joao Cancelo, arguably the side’s best performer in the first-half of last season. In return, the bianconeri got Danilo and €30m from Manchester City. Much like De Sciglio, Danilo has spent much of the season sidelined and is a liability in the final third. Forced to make do with stuttering and injury-prone right-backs, Sarri converted Juan Cuadrado into a defender. The Colombian has since done well there beyond the occasional mistake and has largely made up for Paratici’s lack of foresight.

Europe’s top clubs – clubs that win Champions Leagues – typically have top fullback pairings. We saw that at Real Madrid with Marcelo and Carvajal and most recently with Liverpool’s twin terrors.

Last season, Andy Robertson and Trent Alexander-Arnold combined for 28 assists in all competitions; a tally Sandro and co. could only dream of. Nowadays, fullbacks are required to do more than just defend.

They are getting increasingly involved in build-up and create space for wingers by overlapping regularly. Juventus’ fullbacks currently do neither. Cancelo was capable of this. Spinazzola, too. And upon viewing Cagliari, Pellegrini gets involved in the final third, as well. This was Paratici’s second mistake. 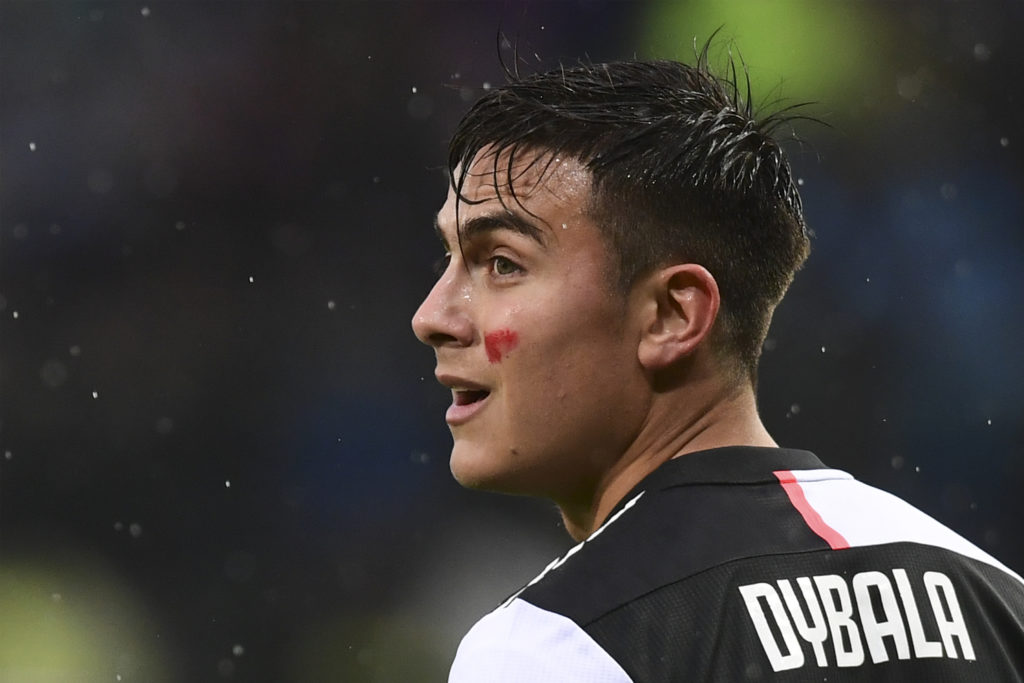 Juventus’ Argentine forward Paulo Dybala has a red streak on his cheek as part of an initiative targeting domestic violence against women, during the Italian Serie A football match Atalanta Bergamo vs Juventus on November 23, 2019 at the Atleti Azzurri d’Italia stadium in Bergamo. – The “Give violence against women the red card” (#unrossoallaviolenza) initiative is being organised by the Lega Serie A together with Italian humanitarian organisation WeWorld Onlus, and coincides with the November 25 “International Day for the Elimination of Violence Against Women”. (Photo by MIGUEL MEDINA / AFP) (Photo by MIGUEL MEDINA/AFP via Getty Images)

Let’s now talk about the Dybala fiasco. Oh, Paulo Dybala. One of the first players truly worthy of the number ten since Pinturicchio. For some, the Argentine is Del Piero’s true heir. In an effort to balance the books, however, Paratici was selling La Joya to the highest bidder. One day Dybala was rumoured to be off to PSG. The other, Manchester United. Europe’s elite queued up. Ironically, the former Palermo man is the one player on Juve’s roster that fits ‘Sarriball’ to a tee. Technical, mobile and a keen eye for goal, Dybala and Sarri are a match-made in heaven.

“I could talk to him, but if the market goes a certain way then what I say counts for nothing because in the end we need to cut six players,” said Sarri when asked about the reports of Dybala’s departure. After failing to sell Mario Mandzukic and Gonzalo Higuain for two months, Paratici turned to Dybala. Luckily for him, la Joya rebuffed all advances and ended up staying in Turin. He has since established himself as one of Juve’s most important players and has spared their blushes on more than one occasion. It’s now being reported Dybala is set to sign a new and improved contract.

Paratici’s incoherent summer has led to an unbalanced squad and has barely given Sarri the tools he needs to implement his football. While the former Napoli tactician isn’t exactly faultless himself, he can only do so much without a midfield, one full-back and a mismatched attack. Until now, Sarri’s Juve have looked far closer to Allegri’s, minus the defensive solidity. With a crucial stretch ahead, Juventus fans are rightfully worried. But where do we go from here?

Unfortunately the bianconeri have no choice but to ride out this season with what they have and re-assess in the summer; a summer where they will have to spend big. Until then, question marks remain. Will Sarri get the sack if he doesn’t win the Scudetto? Or more importantly, do Juve trust Paratici enough to kick-start a new era? After all, his first summer in charge was a certified disaster. Questions that right now have no real answers.

One thing’s for sure, however: This is no longer the big bad Juve of years past that willed their way to victory and went toe-to-toe with Europe’s elite. Football works in cycles, and simply put, this Juventus’ cycle is over. The crown is up for grabs and everyone knows it. Whether they like it or not, it’s now time for Juve to rebuild.