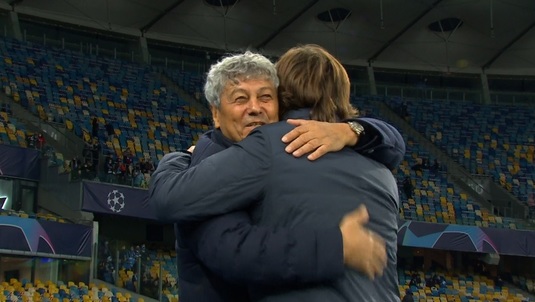 Dynamo Kyiv coach Mircea Lucescu has backed Andrea Pirlo to become a good manager and says it will be a failure by Juventus if they fire him this season.

Pirlo has come under serious criticism in recent months as fans watch their beloved dominant team struggle to win games.

Juve looks set to miss out on the Scudetto title already this season and they didn’t do well in the Champions League.

They have an Italian Cup final game against Atalanta to look forward to, but their current inconsistent form means we don’t know if we can trust the Juventus that will show up on the day of that final.

There have been calls for the Bianconeri to end this experiment with Pirlo and name an experienced manager as their new boss.

However, Lucescu says every coach’s first year is difficult and we must remember that Pirlo is a rookie at this managerial game.

He told Tuttosport via Il Bianconero: “Pirlo is promoted. He is a rookie, he should not be forgotten. And above all, he leads a strong team, but not as invincible as in the past.

“Andrea can finish the season in the Champions League and with two Cups: he deserves to be reconfirmed. Should they change it, it would be a defeat for Juventus.

“Trust me: the first year is the most complicated for a coach, this season for Pirlo will prove to be an instructive full immersion ”.

Juventus told they must pay over 40m euros for Vlahovic

Image: Confirmed Juventus team as we seek revenge on Fiorentina