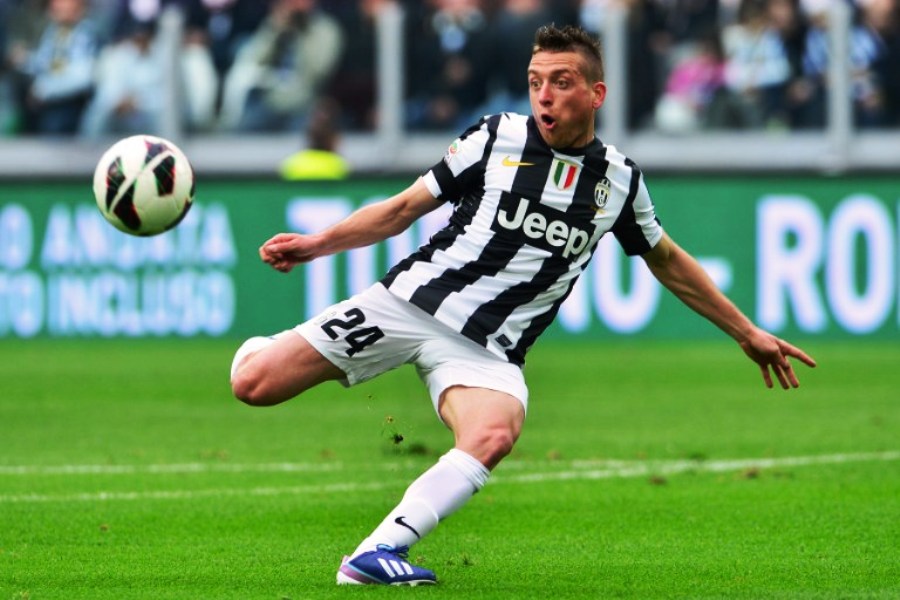 I think that we all agree that a 5th midfielder is a blatant need for Juventus. Juventus are after Udinese’s Roberto Pereyra, whose main role is just that, but the negotiation is stalling because of the abolition of co-ownerships. Pereyra is a good player, but at €15M (the rumoured price tag), he is certainly too expensive. He’s versatile, even though I doubt he can be very efficient as a winger in a trident. Moreover, he wouldn’t provide the creativeness that was lacking at times in Juventus’ midfield.

In my opinion, Juventus should look for a player like Giaccherini. Of course, Juventus were just fine without him, but sometimes that spark, even for few minutes off the bench, is needed. A pacey and smart player that can energize the squad and be useful against tired teams. Somebody who, even if he’s not that good defensively, can be fielded against low-table teams. Not necessarily a central midfielder, but a player that could easily adapt to that position, like Giaccherini did, even if he was a winger. Somebody we get a little more excited to see playing than Simone Padoin.

Giaccherini won’t be coming back of course and probably wouldn’t have returned even if Sunderland got relegated. But there are juicy options on the market, even excluding the fanciest one: Di Maria, who has been excellent in the middle in Ancelotti’s 4-3-3.

Giacomo Bonaventura: he has flourished in the last two seasons as a left winger. He’s naturally a central advanced midfielder, but he could easily play in the middle flanking, for example, Marchisio and Vidal. He can track back and bear a high work rate. He has matured a lot in his three years in Serie A, where he scored a total of 14 goals. At Atalanta, he was the go-to-guy: I always believed that that kind of players are cut to play in big teams.

Gaston Ramirez: he flopped in the Premier League, but he showed real (but raw) talent at Bologna. Some say he has played in the middle in Uruguay’s lineup loaded with attackers, but I don’t know. However, moving him there wouldn’t be difficult, especially if he focuses on the offensive tasks. He has outstanding dribbling skills and fantasy. He needs to be disciplined because he tends to be a little selfish and stubborn in trying difficult plays. The class is there though.

Bruno Fernandes: he’s only 19 and at his first season in Serie A he played 24 games, scoring four goals and providing six assists. He played primarily as a central advanced midfielder, but he’s no stranger to the midfielder’s position (he played there at Novara). A brilliant youngster who understands where he has to play to be dangerous, good shooter from distance, sneaky cutter. Probably he would be expensive, but I think he is the real deal.

Fausto Rossi: he would be the cheapest option as Juventus already owns him and Valladolid won’t probably pick up the option to redeem him since they got relegated. He already started the process to become a central midfielder from at Brescia and completed it. He hasn’t the same skill set or quality of the other alternatives, but he is quick and would add something different to our midfield. Great grit.

Salvatore Molina: he’s 22 and played at Modena last season. He scored four goals and provided nine assists and he’s probably my favourite Serie B player. I think I have seen him a midfielder in a Italy U-21’s diamond lineup a couple of times, but I might be wrong. He’s a right winger with impressive speed, but lso decent strength. He can tear defenses apart with his runs. He was on loan from Atalanta, a club we are friend of.