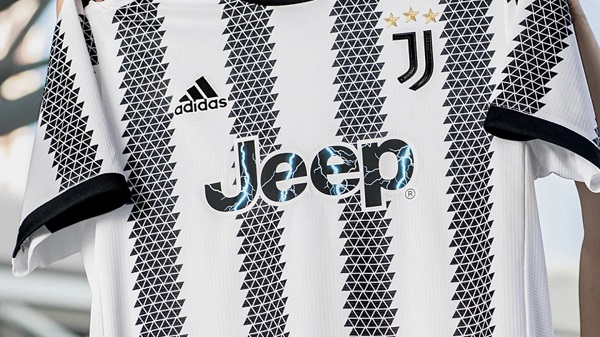 The History Of The Juventus Kit

Since they were founded, Juventus F.C. has enjoyed incredible success over the years. So far, the football club has won thirty-six Serie A titles and thirteen Coppa Italia trophies. Il Bianconeri (The Black and Whites) have also scored victories in all the major European competitions. Over the years, Juventus fans have seen many world-class players don the famous black and white football kit, yet amazingly, their team’s colours were decided by a club in England. In this article, discover more about the history of the Juventus club and their kit, as well as some of the most memorable moments that have taken place over the years for the team!

Juventus was founded in 1897 in Turin by a group of teenage schoolboys. They opted for long black shorts and socks, and pink shirts fastened by their black school ties. However, when the team played during the rain, the dye of their shirts ran, leaving them with faded streaks. Once they joined the newly formed Italian league in 1900, the amateur team became anxious to find a more reliable football kit. In desperation, they commissioned John Savage, an English associate of the club to solve the problem.

From Nottingham to Turin

Savage arranged for a friend in Nottingham to supply new shirts, and was duly sent Notts County’s black and white striped football kit. It would prove to have a dynamic influence on Juventus. The players were instantly impressed by their new shirts. They thought the broad black and white stripes had such a powerful, aggressive quality that their performances on the pitch were transformed. In 1905, just two years after launching their new colours, Juventus won their first League title. More success was to follow when the team turned professional in 1929.

The next season of 1930-31 saw Juventus begin a run of five consecutive League titles, which is still an unbeaten record. However, their football kit at this time featured white shorts instead of black. One of the most famous football players of the Five Golden years included Giovanni Ferrari, an influential playmaking midfielder who is still revered as one of JuveFC’s all time greats. The defender, Umberto Caligaris, put in outstanding performances at left back throughout each of the Golden Years. The club’s achievement was recognised in 1935 when the team was awarded a prestigious medal by the Italian National Olympic Committee.

Trio Magico and the Golden Star of Excellence

During the 1950s, the black and white striped football kit of Il Bianconeri once again became a powerful force in the Italian league. The home kit retained the white shorts of the 1930s. In the 1957-58 season, Juventus included three players who would become known as Il Trio Magico, (The Magical Trio). In their first season together, Gianpiero Boniperti, Omar Sivori, and John Charles of Wales helped secure an historic tenth league title for Juventus, which was a huge moment in football history. In honour of such a unique achievement, the club was allowed to include a golden star on their shirts. Further stars have since been added to the Juve football kit, in 1982 and 2014.

To avoid a clash of colours, Juventus has nearly always played away fixtures in a plain, dark kit without its distinctive stripes. In recent years, away kits have added a touch of colourful glamour to Juve’s on-pitch performances including gaudy lime green, which was worn by the likes of Christiano Ronaldo in 2014-15. The away kit has also been yellow, white, and yellow shirts with blue shorts. For 2015-16, Nike introduced a pink away shirt embossed with the black outline of a giant star. The latest Adidas version for 2022 has reverted to plain black in a kit deal that’s worth 58 million euros a year. Sponsorship deals have included Danone, Sony and Jeep, which have been huge achievements for the club over the years. Whether they’re playing at home or away, fans from far and wide bet on Juventus FC games in the Serie A at various online casinos such as BetUk.

A third kit celebrated the club’s centenary during the 1997-98 season. Sportswear manufacturer, Kappa, designed a pink shirt in honour of the original kit. It helped players such as Alessandro del Piero score thirty-two goals as Juve won the Serie A title yet again. In 2019-20, Adidas and skateboard manufacturer, Palace, created a fourth kit featuring silver and black stripes. Regardless of lucrative kit deals, nobody would ever dare change the famous black and white home kit.

Muriel, Morata, Depay and Arnautovic: Are you excited about Juventus’ attacking targets?