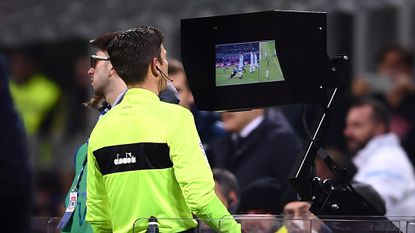 Technology is constantly being added to football as the game’s administrators look for ways to make it better.

However, that would not stop new improvements to the game and the next technological addition being planned is linked to the goal-line tech.

Il Giornale via Calciomercato reports FIFA is planning to use an automatic offside at the next World Cup in 2022.

The world football governing body wants to introduce Hawk-Eye to detect offside automatically, just as it detects when the ball has crossed the line.

The report claims the technology could be tested in Serie A in the second half of this season to prepare for use at the World Cup.

VAR has struggled with consistent offside calls and that part of football remains one contentious issue.

It remains unclear how Hawk-Eye could detect a player being offside, but this would clearly be helpful.

It would be amazing if the new technology takes away the inconsistency of decisions across different matches. Hopefully, Juventus will be a beneficiary of the change.

Allegri: How a lack of calmness cost Juventus against Sassuolo

Player chooses his next club and Juventus misses out