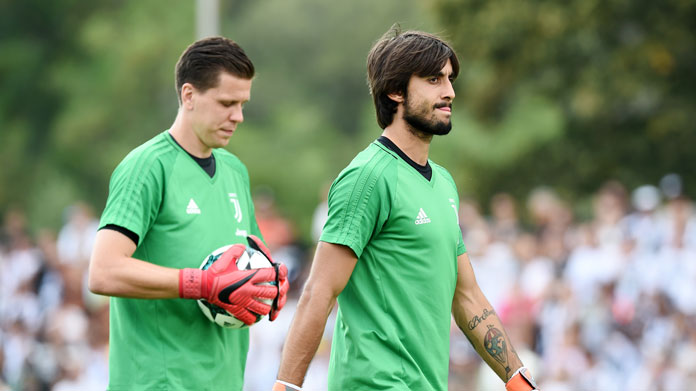 Since the start of the campaign, Juventus have been dealing with an alarming number of injuries in almost every department.

While this shouldn’t be enough to justify the team’s woeful results and the abysmal performances, but the elevated number of absentees surely didn’t help matters for Max Allegri.

However, one particular absence wasn’t sorely missed. We’re talking about the Old Lady’s first choice goalkeeper Wojciech Szczesny, and we have his understudy Mattia Perin to thank for keeping us safe and covered – at least in this department.

Although we’re still in the early stages of the campaign, the Pole has thus far suffered from two different spells on the treatment table. But luckily for Allegri, his second choice has been up to the task, pulling off a string of fine displays between the posts. The team’s results would have arguably been more sombrous if it wasn’t for his heroics.

During the international break, Szczesny announced his return to the pitch with a clean sheet for Poland against Wales, which should earn him a starting role in Allegri’s lineup, perhaps as soon as Sunday’s fixture against Bologna.

Nonetheless, a section of fans and observers are hoping to see Perin maintain his starting spot.

So who would make for a better choice amidst this delicate period of the campaign?

In our book, Tek remains the favorite and for a good reason. Since Gianluigi Buffon’s initial departure, the former Arsenal and Roma custodian has been serving the cause valiantly.

Nonetheless, the 32-year-old started the campaign on the wrong foot, making clumsy blunders against the likes of Udinese and Napoli. But even then, Allegri still backed him, refusing to drop him from the starting formation.

Eventually, the tactician was proven right  – at least in this regard – as his number one ended up being one of the best performers for the club in what was an underwhelming campaign on all levels.

Hence, Allegri has no reason to distrust Szczesny at the moment, whose solitary fault was getting injured.

But while the Poland international should rightfully reclaim his spot, Perin also deserves additional playing this campaign befitting of his status as one of the best second-fiddle goalkeepers in Europe.

Handling the situation might cause Allegri some headaches, but compared to what the club has been through lately, the manager will welcome such positive dilemma with open arms.