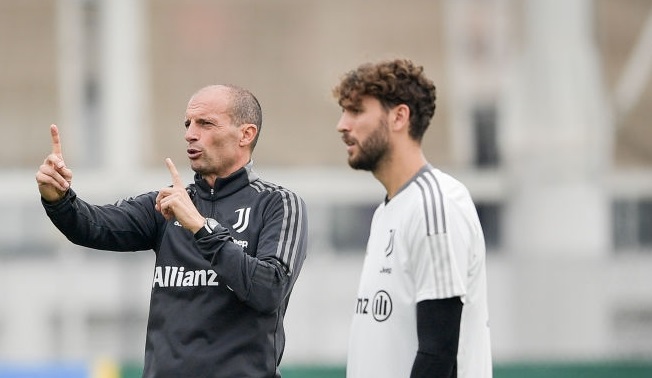 The probable Juventus formation for Lazio clash: Will Locatelli be ready?

This evening, Juventus will be looking to bow out in style when they host Lazio on the last round of 2022.

Max Allegri’s men are currently riding a five-match winning streak while maintaining clean sheets. Now they have the opportunity to overtake the capital side and finish the year on the podium.

So how will the team line up against Maurizio Sarri’s band?

According to la Gazzetta dello Sport, Juventus will adopt a 3-5-1-1 formation, almost similar to the one that emerged victorious against Inter last weekend.

After sitting out in Verona, Wojciech Szczesny will reclaim his spot between the posts. Despite his shaky form, the source tips Leonardo Bonucci to lead the backline with Danilo and Gleison Bremer by his side.

However, Federico Gatti reportedly has 40% chance of replacing Bremer, as the latter had only recently returned from an injury.

Once again, Allegri could rely on the same midfield, with Manuel Locatelli operating in-between Adrien Rabiot and Nicolò Fagioli while Juan Cuadrado and Filip Kostic take the wings.

The source also gives Leandro Paredes 30% chance of starting instead of Locatelli whose physical condition remains doubtful, as mentioned by Allegri in yesterday’s press conference.

Finally, Fabio Miretti will support Arkadiusz Milik upfront as Dusan Vlahovic is yet to make his return. Nonetheless, Moise Kean has 45% of maintaining his spot beside the Pole after scoring the winner in Verona.