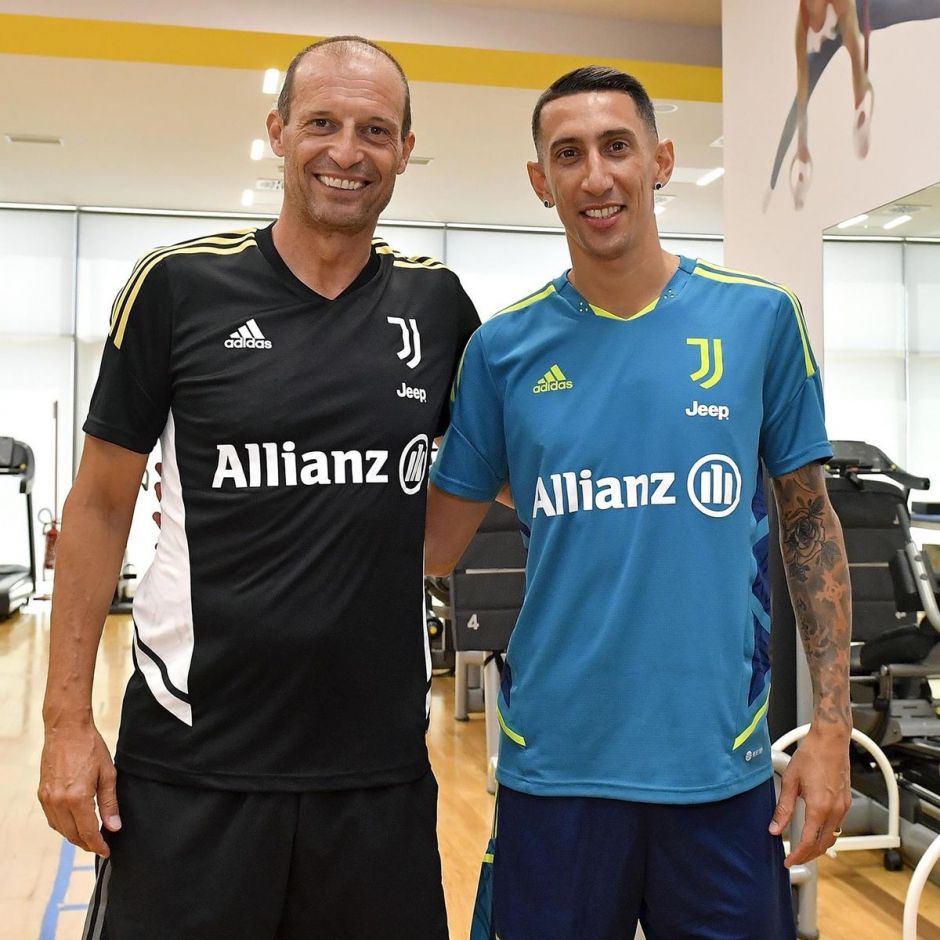 The rapport between Allegri and new Juventus star is reportedly frosty

Last summer, Angel Di Maria was one of Max Allegri’s primary objectives. The coach was adamant on switching to a 4-3-3 formation, and identified the Argentine as the ideal profile for the right wing.

But according to la Gazzetta dello Sport via JuventusNews24, the rapport between the Italian manager and his new star has already deteriorated.

The source explains that the winger isn’t the only one in the dressing room who shares a poor relationship with the Livorno native.

Apparently it all started with the way Allegri dealt with Di Maria’s injury, with the latter possibly being thrusted back to action prematurely.

The former PSG man sustained an adductor knock during his first Juventus appearance which came against Sassuolo on the opening matchday.

The 34-year-old then made his return a couple of weeks afterwards at the Artemio Franchi against Fiorentina. Di Maria looked far from his optimal condition during the Tuscan trip and only lasted for 45 minutes. As a result, the player then had to endure another spell on the treatment table.

Moreover, the cameras caught the Argentine’s conversation with Arkadiusz Milik following the Champions League defeat to Benfica. Di Maria appeared to be questioning the manager’s decision to take off his Polish teammate who was his team’s most dangerous player.

Naturally, the winger’s dismissal against Monza would only serve as another blow to the rapport between the two men.

Di Maria apologized to the fans following the incident, taking full responsibility for the defeat. But in the end, it was #AllegriOut trending on Twitter yet again.

Is Nedved the fans’ representative in the Juventus board?