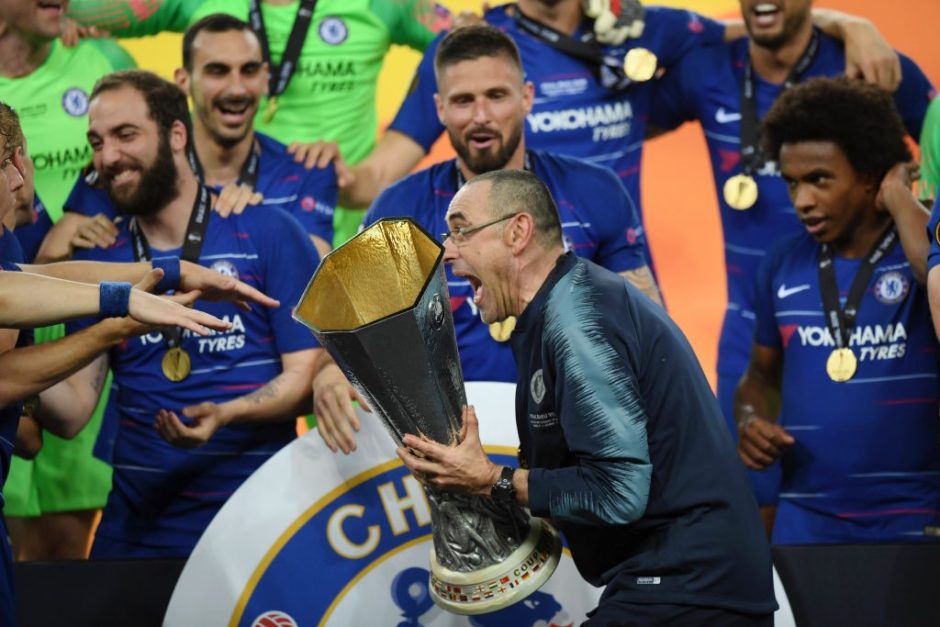 I didnt think we would sign him. His middle finger salute. His complete lack of being a company man. His exchange with Mancini. His character of holding firm to his values, no matter the cost. His time at Naples and mumblings of the upper class. His chain smoking. His reluctance to wear a suit…SO much of this is not what we consider Juve. Yet times are volatile, and we need to challenge the times with a fresh and wild approach.

I wanted us to sign him, more than Pochettino, more than the gilded by many Pep Guardiola…and why why why?

Well, the man has an abrasive integrity I can relate to! He looks as he acts; rough and brazen. Yet more importantly, he has a vision of football, which begins with entertainment and fun, and leads, if the right players are in place, to a football that both his Empoli and more noticeably Napoli sides have been capable of…a football identity which earned the praise of Europe. And led the Pep many adore and revere to say it was the best team he has ever faced. 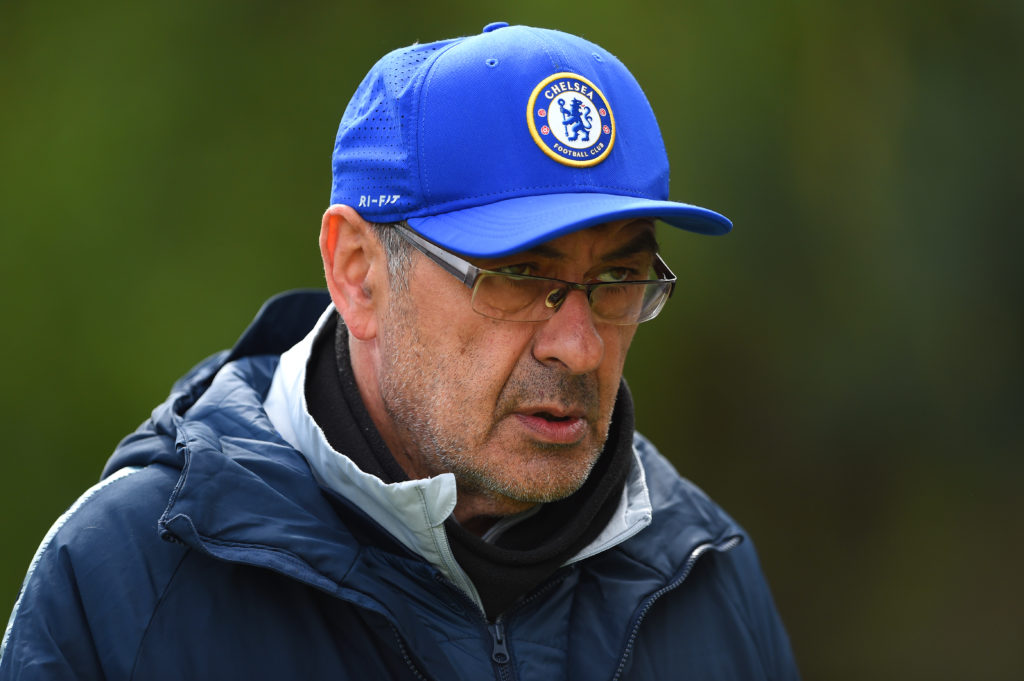 COBHAM, ENGLAND – MAY 08: Maurizio Sarri, Manager of Chelsea walks out to the Chelsea Training Session on the eve of their UEFA Europa League semi final against Eintracht Frankfurt at Chelsea Training Ground on May 08, 2019 in Cobham, England. (Photo by Harriet Lander/Getty Images)

He has won little in terms of silverware, but in his first season at a mangled Chelsea, bereft of unity and direction, he reached two cup finals, won one, lost the other on penalties, and achieved 3rd in the league, behind two clearly more balanced and talented squads. I doubt any manager could have topped those achievements, many would have struggled for less. Especially with the steady deluge of the fans discontent of privileged bastards and zero support from the board.

Unlike many, I found his middle finger salute endearing…and amusing (and am sure that the reception of the juventini around the coach was more aggressive and insulting). I found his spat with Mancini more a media frenzy at anyone daring to use language which had been used for decades, but not now! Its like bringing Prince back from the 90s with his sexuality dripping off every lyric and video image…he would be branded an ENEMY OF THE STATE…and Mancini has long seemed a too serious, haughty stone man.

What matters most to me, is that Sarri has an ATTACKING philosophy. He plays on the front foot, seeks to dominate possession, wants the players to enjoy themselves, which is all in stark contrast to what Max has served up in his final two seasons at the club.

Im too deep into the darkness here in Melbourne, and Smirnoff, to offer a more reasonable response. Yet why not bang on a little… 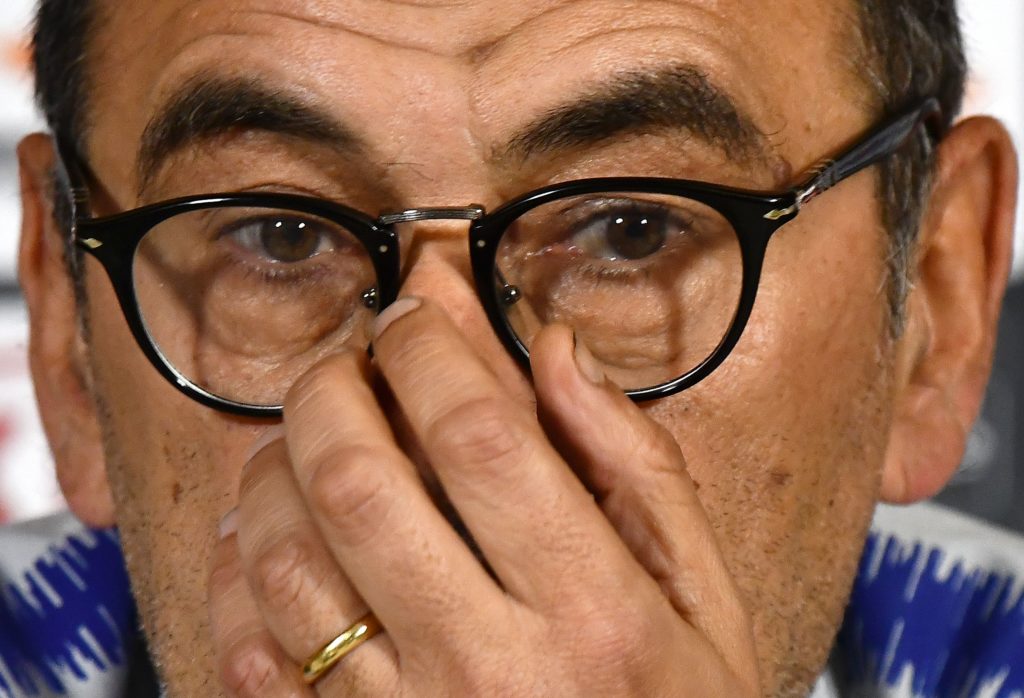 Chelsea’s Italian head coach Maurizio Sarri attend a press conference at Chelsea Training Ground, in Cobham, Surrey on May 22, 2019, ahead of their Europa League final football match against Arsenal on May 29. (Photo by Ben STANSALL / AFP) (Photo credit should read BEN STANSALL/AFP/Getty Images)

This squad has been too long shackled by Allegri in the name of pragmatism which sometimes can be the greatest key to sporting success. Who is a company man. Who will never complain, just get on with business, apply his own ideas whilst mindful of his legacy. Sarri is the complete opposite. He has his vision and I assume the club are in agreement with his vision. Which means no more of our glorious attacking talent tasked with defensive duties, and half hearted ‘battle’ against weaker sides who dominate and draw or beat us or lose to a solitary Ronaldo strike. Those times are gone. Sarri wont be happy to scrape a 2-1 laboured victory over Genoa…He will demand better.

I have watched for too long a lethargic, disorientated, unbalanced, gutless Juve. All of this will change under Sarri. Of this I am more certain than merely hopeful. Though even hope has been in short supply of late, for those following the bianconeri more as a test of bitter endurance than a labour of love.

With change of this magnitude, comes pain. Nothing new is birthed without agony.

The club have brought into the ranks a live firecracker, to replace a stale but sustainable Company Man. I doff my hat in respect to Andrea Agnelli for this risky move…and it is risky, with Conte at Inter, and Ancelotti more making a Napoli of his own mind and strategy, and who knows of AC.

Its going to be a rollercoaster of a season. And the least of our concerns can be whether Sarri will wear a suit…