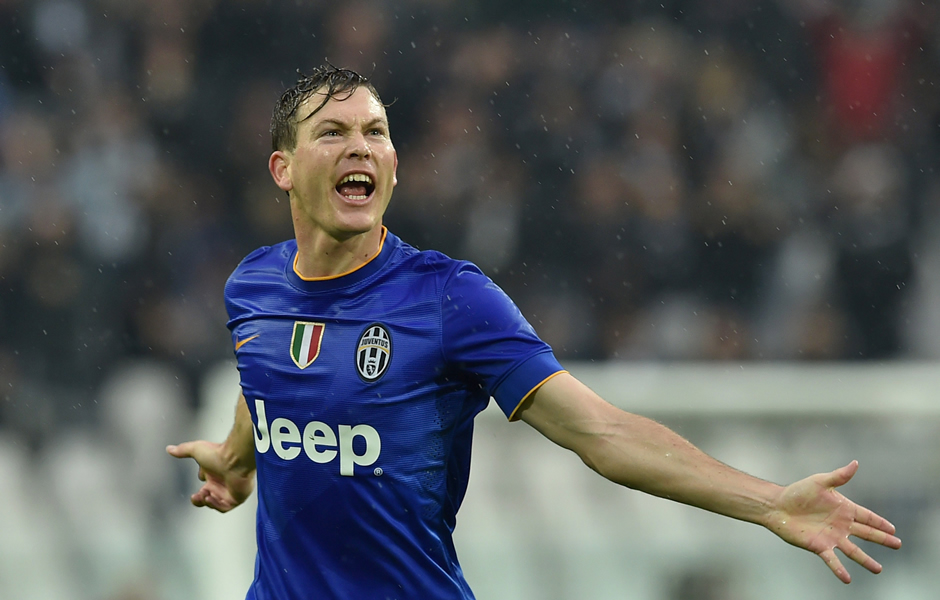 Debate is currently raging amongst Juventini on social media on the topic of Stephan Lichtsteiner. The Swiss Express, who has played such a pivotal role in the resurgence of the club since his arrival from Lazio three and a half years ago, with his contract expiring next summer and negotiations on an extension thus far failing to come to any positive conclusion, a lot of Juventus fans are split as to which course of action the club take in regards to the right back.

Lichtsteiner wants to stay at the club, and Juventus want him to remain, so what’s the issue? Chiefly his wage demands, according to the latest reports, the former Lazio man is demanding a salary of €3 million a season for three years, whilst Beppe Marotta and Andrea Agnelli don’t seem willing to go any higher than €2.3 million a season. The player and club are now at a standstill.

Some Juventus fans believe that his performances warrant the increase in salary he craves, others think differently. Since his debut for the club against Parma in August 2011 he has scored ten goals and laid on sixteen assists in Serie A. Here was a capable right back after years of neglecting the position, forcing the fans to watch train wrecks like Jonathan Zebina, Zdeněk Grygera and Marco Motta.

His industrious work ethic reminded many Juve fans of former player Gianluca Pessotto and he won over the Juventini pretty quickly. He was the first player to score a goal in a competitive game in the new Juventus Stadium. He’s also one of the only players walking the planet who would instantly berate Andrea Pirlo for a misplaced pass. He, along with Arturo Vidal, became the embodiment of Antonio Conte’s Juventus on the pitch.

So fast forward to the present day, what should the club do? On the one hand, his performances do merit a contract extension, there isn’t really any doubt in that. However the main reason why Juventus haven’t met his demands is undoubtedly due to the age factor. He is already thirty years old and fast approaching thirty-one, which will happen just after the New Year.

We all know the physical decline of footballers’ bodies vary from individual to individual, the rate of decline can also be exacerbated by the position in which one plays in. The full back position has evolved into quite arguably the most demanding one in the modern game.

The shelf life of a current right or left back in comparison to other positions on the football pitch is relatively short, sure you get rare instances of players like Cafu, Paolo Maldini and Javier Zanetti who all played consistently high with a youthful vigour well into their mid 30s, but by and large playing at right or left back is increasingly now a young mans game. And with all respect to Lichtsteiner, he isn’t the caliber of a Zanetti or Cafu.

Defensively reliable though he may be, in the attacking aspect of his game he is already limited, unable to beat a man when isolated one vs. one. His crossing ability fluctuates between average and poor, often his crosses fail to even beat the first man. He repeatedly turns inside or passes backwards when there is a defender stood in front of him.

As he has stated himself, he is at his best when there is space ahead of him to run into, how many times have we seen him run in behind a defensive wall, latching onto a pinpoint Pirlo pass? This facet of his game he excels at, however in the modern game it isn’t enough.

A football player is usually given a contract extension on the basis that their current form can continue into the future, Lichtsteiner’s attacking game is already limited at thirty, he will only decline from this point on.

With the club not having the financial muscle of a Bayern Munich or Real Madrid and having to be frugal with every penny, Agnelli and Marotta simply cannot hand out bumper contracts to players over thirty years of age. You just have to look at the case of Milan circa 2007-2012 to see how restricting a club can get when they have players who cant be offloaded on suffocating wages.

So how should the situation be revolved? In an ideal scenario, Juventus should offer Lichtsteiner a two-year contract extension with the salary they are currently offering, and Lichtsteiner, recognising that he plays a vital role for one of the biggest teams in Europe and is on the wrong side of thirty, should accept the deal.

However we all know the world of football doesn’t work on ideals. And what If he is unwillingly to compromise? Juventus should simply let him go. They have lost better players in the past. Who would replace him? My pick would be Darmian from neighbours’ Torino.

One thing is for certain, it will be interesting to see how the situation is resolved, but lets hope it is settled sooner rather than later.