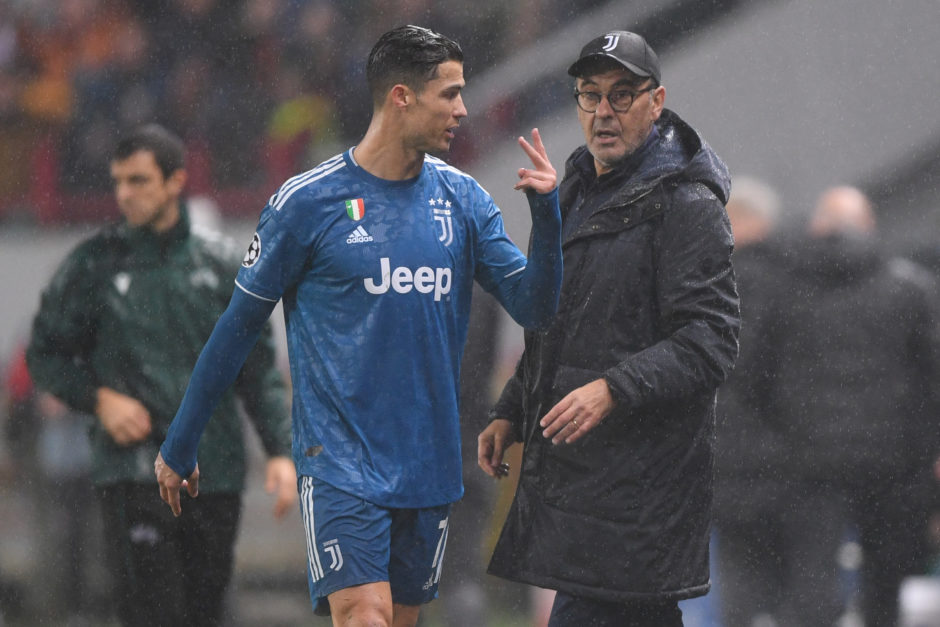 Despite winning the Scudetto title while in charge, Maurizio Sarri left Juventus as a mostly unpopular figure. The former Napoli and Chelsea coach joined the club in 2019 in order to add an exciting twist to the team’s style of play, but his time was cut short following an early Champions League elimination at the hands of Lyon in August 2020.

The 63-year-old has become the manager of Lazio, and says he’s enjoying his time with the capital club. But obviously, he still has some regrets regarding his time in Turin and the way things unfolded.

The Tuscan believes that he joined the club at a time when a cycle was coming to an end, and that he wasn’t afforded enough time to implement his own tactical ideas.

Sarri also talks about Cristiano Ronaldo’s effect, explaining how the team had to adapt to the superstar and not vice versa.

“If I remember correctly, in the first match Chiellini played and scored. But two days before the second match (against Napoli), he suffered from an ACL injury,” said the former Juventus manager in an interview with Corriere dello Sport via Calciomercato.

“It was a Juventus that had reached the end of its cycle and I immediately realized it.

“I regret not having been able to coach Cristiano Ronaldo while he was a younger. I found a player who had established himself through a certain type of football and had become a world icon.

“The team had to adapt to him, not the other way around. He scored 33 league goals with me. and four in the Champions League.

“In short, it’s never easy to convince a champion with such accolades to change course.”