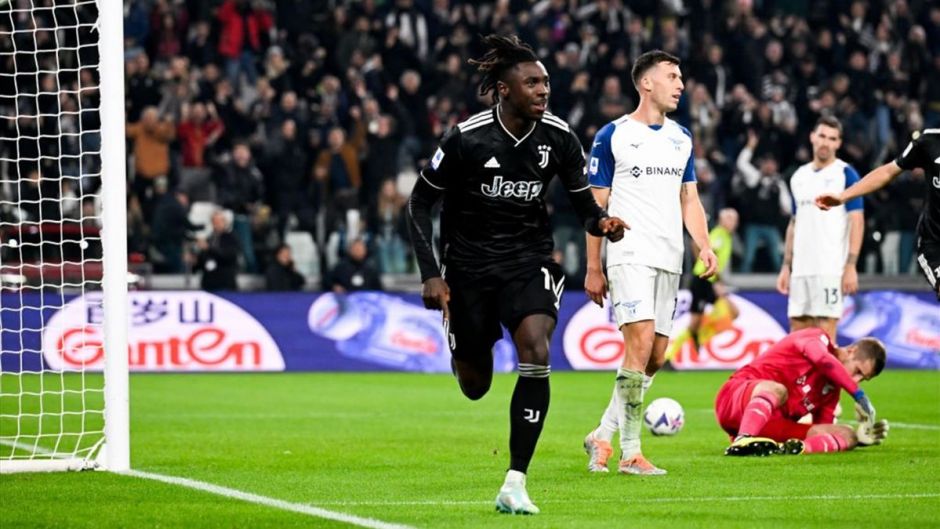 Last night, Juventus and Lazio clashed heads in the absence of two deadly strikers. But while the Eagles looked toothless without Ciro Immobile, the Bianconeri were able to rely on Moise Kean and Arek Milik who were more than capable replacements for the injured Dusan Vlahovic.

The Pole enjoyed a great outing, and scoring his side’s third goal was the icing on the cake. Nonetheless, it was the young Italian who cemented himself as the ultimate star of the show by scoring the first two.

The Everton loanee broke the deadlock with a cheeky lob, before finding himself in the right place at the right time to pounce on the rebound. This brace came just three days following his winner in Verona.

Kean is obviously enjoying the moment, but he made sure to pay tribute to his manager Max Allegri and his Juventus teammates for their continuous support throughout his difficult period earlier in the campaign.

“The only way to respond to the criticism is to do well on the pitch, we scored an excellent result while playing as a team,” said the 22-year-old in his post-match interview with Sky Sport via TuttoJuve.

“The coach has experience and has always been right about me. He has always given me advice and I want to repay him on the pitch.

“It wasn’t easy at first, but my teammates and the coach helped me a lot. They never stopped believing in me.

“But things don’t happen by chance. They helped me a lot and it’s something I’ll never forget. I’m happy and I want to do better and better.”

Allegri reveals how many points Juventus need to win the league