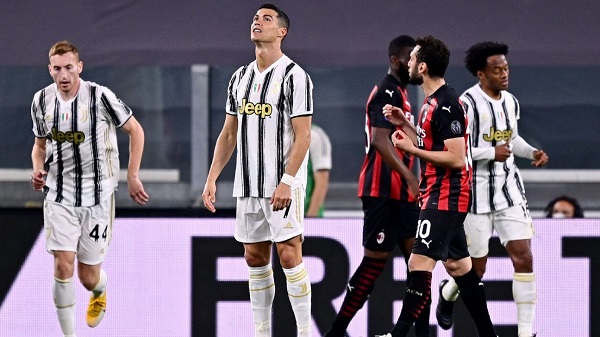 Things can’t get any worse for Juventus, can they? (Opinion)

This has been a disastrous season by Juventus’s standards, but with the prospect of missing out on the Champions League places, I fear things could be about to get worse.

While I’m sure a lot of fans would be excited by the prospect of an overhaul, I fear the club’s finances may well put a dent in such aspirations.

Last summer, the club moved to make some key signings, but all of which were on loan, either with an obligation to buy or an option, and this can only have been because of our financial situation.

Weston McKennie‘s move was made permanent during the season, and luckily our agreement with Fiorentina for Federico Chiesa was spread out over two seasons, so that we do not need to complete that deal in the immediate summer, but I struggle to imagine that the club are not already preparing the finances needed to secure that.

While Juventus should still pose as an attractive club to many top players, despite the prospect of having one year without Champions League football, but the level of players we can attract may not be consistent with those we could lose.

Cristiano Ronaldo is linked with the exit door, with Fabio Santini(via TuttoJuve)the player rumoured to have been offered to Manchester United already, while Fantacalcio(via TuttoJuve) also claimed that Mino Raiola could be on the case to find Matthijs De Ligt a new home should we fail to secure our place in the top four also.

We also have doubts over Alvaro Morata’s possible stay, with the asking price in the option to buy too high in reality to be considered, meaning that a goalscorer will be needed to help Paulo Dybala in the new season, assuming we can secure a new contract for the Argentine.

That will be another doubt of course, with just one year remaining on his playing deal, and the prospect of losing him for free in the summer of 2022 would likely be a risk we cannot afford to take in the current climate.

The Old Lady’s finances appear in dire restraints, and with the prospect of failing to secure the CL for next term, and with some major players linked with exits, I’m struggling to feel positive about our immediate return to the top of the table.

Will Agnelli put his hands in his pockets to make sure we do not fall further behind our rivals?

Agent offers Ronaldo to Man United – Here are the details

Four managers that could replace Andrea Pirlo at Juventus