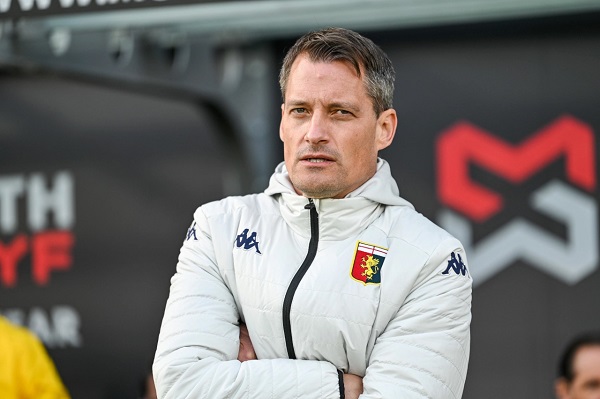 Genoa coach Alexander Blessin was stunned by his side’s come-from-behind win against Juventus last night and he described the rollercoaster of emotions after the game.

Juve and The Griffin played a very good match at the Stadio Luigi Ferraris, with both sides not finding the breakthrough in the first half.

Dybala then opened the scoring in the 48th minute before missing another big chance by hitting the woodwork.

Genoa stayed in the game and equalised in the 87th minute before finding the winner from the penalty spot 6 minutes into added time.

That win was an important one in their bid to avoid the drop and Blessin says it was football at its emotional best.

He tells reporters via Football Italia: “You cannot write this screenplay, when you think we equalised 1-1, they had a big chance with Kean, we got the penalty. This is football, full of emotions.

“You see last week Mimmo not scoring the penalty, now he has the responsibility and it is unbelievable how much pressure is on his shoulders at this moment. Winning this game, you cannot say it’s not deserved. We tried everything, showed a really great mentality.”

The game against Genoa was always going to be tricky because they are a club that wants to get away from relegation.

Although we have secured a top-four finish, we need more wins on the board before this campaign ends.

Losing a game like this is also not the best way to prepare for the Italian Cup final against Inter Milan.

Hopefully, the Nerazzurri will underestimate us, which we can take advantage of to get the win.