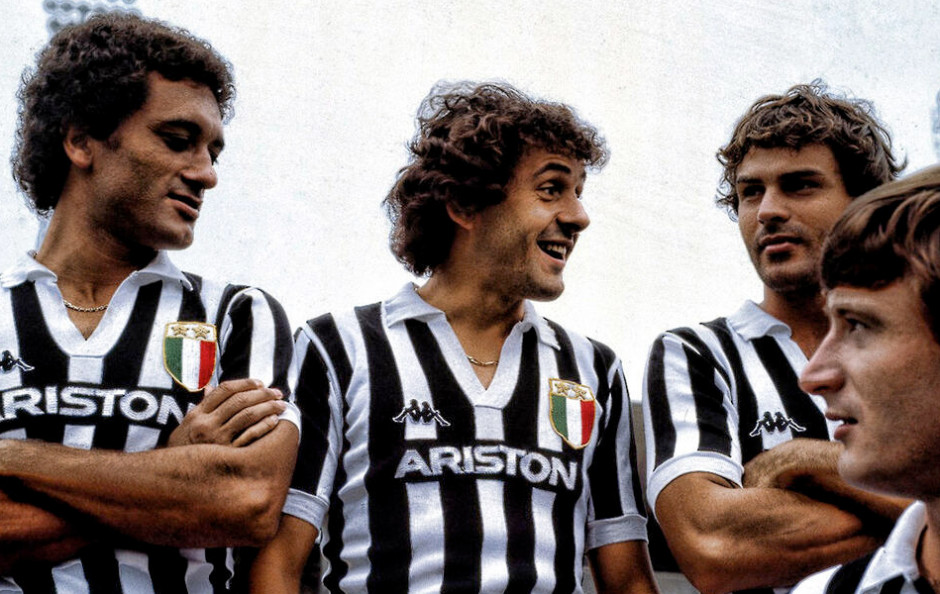 Ciao a tutti, this is my Juventus All-Time XI and since it is Allegri’s preferred formation, I decided to go with a 4-3-1-2.

Perhaps the greatest goalkeeper in the history of the sport. The World Champion played a massive role in securing victory for the Azzurri in the 2006 World Cup as well as playing 405 games in the Black and White shirt. He’s also the only goalkeeper in history to win the UEFA Club Footballer of the Year Award, which he received in 2003 and was runner-up for the Ballon d’Or after his performances in 2006. There is too much to say about Gigi between his class, loyalty and sheer brilliance in his position for the Tuscan-born legend, earning him a place on my All-Time Juventus XI.

While Thuram’s name sparks a bit of controversy among the Juventus faithful after his departure upon the Calciopoli scandal, there is still no denying that the 6-foot French Fullback is one of the best in his role. After acquiring him from Parma in 2001, Thuram played 144 league  matches with the Bianconeri, known for his strength and pace on and off the ball, the Frenchman was also another World Champion after winning the 1998 World Cup and then the 2000 Euro Cup with France.

Reminding us that “Football is not for Ballerinas”, the Italian (Libyan born) no-nonsense Center-back was ruthless in his defending, known for his incredibly tight marking and aggressive challenges. Despite his good looks, if you were an opposing forward, Gentile made you think twice about entering the final third. Best known for dismantling Diego Maradona in the 1982 World Cup, Gentile was a major reason for Gli Azzurri’s third World Cup victory along with forming the greatest Juventus defensive pairing with Gaetano Scirea after playing 283 matches with Juve and winning six scudetti.

Scirea was a gentleman first and Captain of The Old Lady second. No amount of praise will ever do justice for the greatest Bianconeri defender to wear the shirt, but the man whose name sits high and mighty over the Curva Sud will forever be in the hearts of Juventini. After 377 appearances for Juventus and being one of only five players to have one ALL International Trophies for football clubs recognized by UEFA and FIFA, Scirea is nothing short of an absolute legend and class-act, never having received a single red card in his entire career.

Known as Bell’ Antonio, Cabrini was another member of the Juventus team during their golden era of the 1980’s having won six scudetti after having played 297 games for La Vecchia Signora, scoring 33 goals in doing so. Known for his pace and crossing abilities, Cabrini was a key part of Juve’s success in the 80’s and is currently the manager of the Women’s Italian National Team.

A summary of Zinedine ‘Zizou’ Zidane could be easily summed in three words: The Greatest Ever. After being recommended to Juventus by club legend, Michel Platini, the French Midfielder had made himself heard after his brilliant four years at Bordeaux, being named Ligue 1 Player of the Year in 1996. From there, the rest was history; Zidane played 151 matches in the Black and White shirt, winning the 1998 World Cup with France and the Euro Cup in 2000 before losing to many of his former teammates in 2006 (After the Juventus board sold him for a record-breaking sum, around 75 million euros, to Real Madrid) upon his infamous head-butt on Marco Materazzi’s chest. Along with winning the FIFA World Player of the Year three times and the Ballon d’Or once, Zizou’s presence and magic on the field was nothing short of legendary, earning him a lock in my All-Time Juventus XI.

After starting his career in the Serie C with Pisa, Marco Tardelli was a classic hard-nosed defensive midfielder who appeared in 81 games for The Azzurri and 259 for The Gobbi over his ten-year stint for the Turin-based giants, while scoring 51 goals. Best known for his defensive contribution and iron lungs, Marco Tardelli earns himself a spot in the midfield in my All-Time Juventus XI.

A man who worked tirelessly and endlessly, after moving from Lazio, the “Furia Ceca” quickly became a fan-favorite among Juventini. Now on the Juventus board, Pavel Nedved was simply one of the best in his generation, being voted onto the UEFA Team of the Year in 2003, 2004, and 2005, along with others, Pavel was one of the players who stayed loyal to Juventus during their relegation to the Serie B after the Calciopoli scandal. Before retiring after a beautiful 19-year professional career (9 of which with Juventus), Jose Mourinho asked Nedved to join Inter after Juventus chose not to extend his contract. Instead of accepting Mourinho’s offer (who then went on to win the treble), Pavel decided to remain loyal to The Old Lady and after 247 matches, 51 goals scored, and a Ballon d’Or (2003) with Juve, Nedved is nothing short of a legend.

Currently the President of UEFA, Michel Platini remains one of the most important players to have ever put on the shirt of both the French National Team and of course, Juventus. The attacking midfielder not only lead his Bianconeri side to victory in the 1985 European Cup, but after 147 appearances with Juve, Platini scored 68 goals in his five-year stint with the club. Three-time Ballon d’Or winner and one of the many French legends to wear the Black and White, Platini is surely a lock in my All-Time Juventus XI.

Commonly referred to as “Il Divin Codino” in Italy, translated to “The Divine Ponytail”, Roberto Baggio had a miraculous career circulating throughout the Serie A, playing for a whopping seven clubs. Despite testing the waters throughout his career, Baggio had his best years at Juventus; from 1990-1995, Baggio played 141 matches and scored 78 goals for the Turin giants despite being largely remembered for his infamous missed-penalty in the 1994 World Cup Final against Brazil, costing Gli Azzuri the tournament. Any amount of praise simply does not do this man justice. In a career where he scored 218 goals at club-level and with his expertise and class, Roberto Baggio is commonly said to be the greatest Italian to ever play the game.

“A true gentleman never leaves his lady.” Last, but most certainly not least we have a man who endlessly gave his all for Juventus. The Italian-boy from Veneto who exerted blood, sweat and tears over his incredible 705 appearances for The Old Lady, Alessandro Del Piero is nothing short of Mr. Juventus. Having scored 290 goals (the club record) during his 19 years for Juve, spending 11 of those years as captain for the Black and White, standing at 5 foot 8, Alex has won it all. Having won the 1996 Champions League over Ajax and the 2006 World Cup over France, Del Piero will forever be loved by all and hated by none. Along with Nedved, Buffon, and others, Del Piero remained with Juventus during their relegation to the Serie B and lead his team back to top flight football. After years of success and heartbreak, the career of Alessandro Del Piero was that of a roller coaster, but he will forever be remembered for the gentleman he was and still is today. 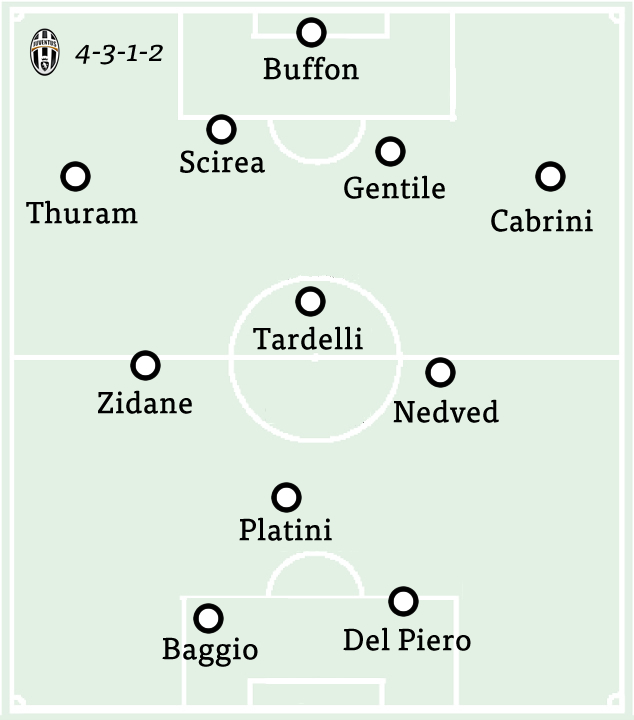