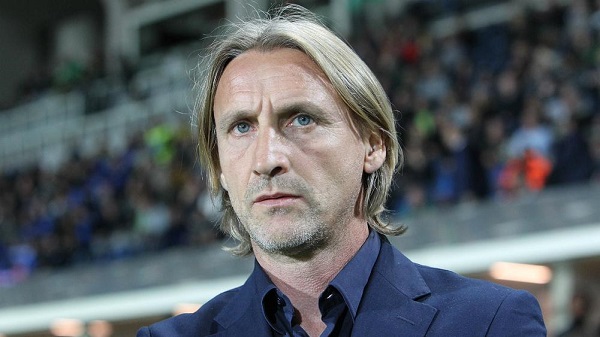 “Torino can be competitive against anyone.” Nicola says his team will not fear Juventus

Torino manager Davide Nicola, says his team can be competitive against anyone ahead of their match against Juventus.

The struggling neighbours will face the Bianconeri in their next game hoping to join the likes of Benevento to earn upsetting wins against Andrea Pirlo’s side.

With 11 games to go, Juventus are 10 points behind Antonio Conte’s Inter Milan in the battle for Serie A this season.

Torino is struggling at the opposite ends of the table with 23 points from 27 games and are just a point above the relegation zone.

Just like Juve, they have to win their remaining matches if they can and would love to start that winning run against the champions.

Nicola admits that the Bianconeri are a great team, but says that doesn’t matter and one game he can think about is the match that Torino came from two goals behind to beat Juventus 3-2.

He said via Football Italia: “There is a great curiosity, a great desire to do well, and there is above all the awareness that Torino can be competitive against anyone.

“Juventus have proved to be a great team. They are the champions of Italy. It doesn’t matter if they sit third now.

“The first derby I can think about is the one Torino won with a comeback. We were two goals down but managed to win 3-2 in three minutes.

“It was extraordinary, but tomorrow’s derby will be different, and we’ll need the best possible approach.”

Juventus thinking about swap deal to bring Kean back to Turin