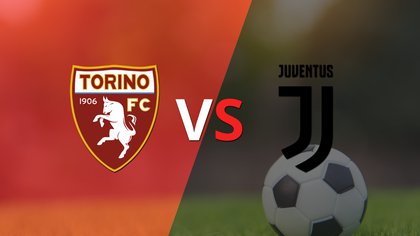 The two wins right after the break had fueled hopes for a turnaround, but they quickly showed their true colors: easy picking at home against weak opponents. Since Juventus can’t play a good away game to save their lives, even Maccabi Haifa turned into an irresistible force a week later. Instead, the Milan clash stressed the difference between a side with a clear identity that allows to make up for absences and weather storms and one still searching for one that doesn’t have a lot of character to begin with.

The lack of any sort of fight in Israel, with the situation in the Champions League group becoming increasingly desperate, seemed to suggest the players have turned on the coach. Andrea Agnelli doesn’t think that way and once again defended him, publicly this time. We will see whether the retreat will bring some sort of cohesion and sense of belonging because there aren’t many more avenues the management can take. They probably still think Massimiliano Allegri can pull off the same string of results he had a few years back, but that was a much better and different squad that had bought into his style and methods. That doesn’t appear to be the case this season, and the confusion is noticeable.

The brass should start focusing on when making the coaching change and whom to bring in rather than still mulling if to pull the trigger. They already missed a window in the previous international pause, but there’s a rare full week without matches after the Derby, so the timing wouldn’t be awful. But it doesn’t seem they are there yet; otherwise, the rumors about the potential replacements would be much more substantial. The boss will probably make it until the World Cup, and we will see how ruined the campaign will be at that point. The Scudetto and qualifying for the knockout stage in Champions League are already pipe dreams, and the top-four finish will look like a mirage too if the going remains as is.

Obviously, the players share the blame as they ultimately go on the pitch, and the last two showings couldn’t have been more disappointing. Even though there would be a lot to discuss on such front, any tactical matter is moot if the attitude and spirit are so flat and submissive. The absence of leadership and reference points on the pitch is manifest. That’s the first step to try restarting, but the disinterest and lackluster effort aren’t promising harbingers.

With Angel Di Maria again missing, a two-man attack is a given, and Moise Kean will reportedly gett the nod over either Arkadiusz Milik or Duvan Vlahovic depending on how’s in better shape. Leandro Paredes is likely to get benched, and, while he hasn’t been great, the piling on against him is unfair. The scheme will hinge on whether Leonardo Bonucci will manage to play his third game in a week, or if Alex Sandro will be in the XI instead.

Torino got off to almost an emotional start after a challenging summer, where they bid farewell to their top two players, Andrea Belotti and Gleison Bremer, on top of a few other cornerstones of last season’s squad, but then things started going sideways quickly. They won three of the first five matches, versus Monza, Cremonese, and Lecce while also sharing the spoils with Lazio and losing to Atalanta. Afterward, they came a cropper against Inter, Sassuolo, and Napoli, although always putting up a strong fight, and tied with Empoli.

It’s tough to have year-to-year consistency when you gut the roster at the end of each campaign, forcing the gaffer to go back to the drawing board. The replacements have been okay, but they probably could have done more, considering how much they cashed in. Perr Schuurs has a ton of potential and is massive, but they are still fully integrating him, and he’s been alternating with Alessandro Buongiorno, who’s been a steady and gritty. But the now Juventus defender was a beast, and it will take a while for the two prospects to reach those peaks even in the rosiest scenario.

Nikola Vlasic has been their best purchase, and he has quickly become the beacon of their offense. As a no.10, he boasts a complete skill set as he’s very agile, can set up teammates, and finish on his own. That has been his best trait since he has burned opposing goalies in a variety of ways and not just with technical attempts or from distance.

In their standard 3-4-2-1, they have a few options to partner him behind the striker. Nemanja Radonjic is potentially the most effective one, but while he has had displays where he looked unstoppable and zoomed past adversaries with the ball glued to his feet, he’s been a tad inconsistent. In addition, Ivan Juric prefers having a right and a left-footed guy there, and Vlasic is untouchable. So Aleksey Miranchuk, who went down with an early injury, and Demba Seck have gotten their opportunities. The Atalanta loanee is peculiar because he often disappears in matches or performs with very little energy, but he often finds himself in excellent position to score or dish an assist.

They elected not to replace Belotti and used the savings on his salary to buy out Pietro Pellegri, who has a lot of tools but has yet to put it all together and is often slowed down by his precarious health. Therefore, they lean a lot on Antonio Sanabria, who’s very gifted, interplays very well with his teammate, and has the occasional clutch showing, but he’s not a goal poacher. He might be better suited to play as a second striker. Finding the target consistently has been a big problem, even though they tend to create a lot of chances in each game. The gaffer stated that their two top options in the role are likely to be sidelined by minor muscular problems. They will have to go with a new look, although they don’t lose a whole lot, besides some physicality. Among the other attackers, Seck is the most similar to a no.9, but it looks like it will be a trio of trequartisti alternating as false-nine.

They reeled in Sasa Lukic, who had asked out late in the summer, and he remains the centerpiece of their midfield. He’s one of the most well-rounded contributors in Serie A in his role. Samuele Ricci was rounding into shape following a calf strain, and they move the ball a lot more quickly and precisely when he’s in the XI instead of Karol Linetty, who’s fine but is more of an hustle guy, but he will probably be out with an illness. They have yet to fully usher in Emirhan Ilkhan, who looked promising in his cameos, and they lack a powerhouse like Tommaso Pobega at the position, which the gaffer never fails to point out. They aren’t as muscular as in the past and can be overrun by sides emphasizing such aspect.

Wilfried Singo has been uncharacteristically underwhelming so far, and Mergim Vojvoda, who’s a terrific assist-man, has already been hurt twice. However, their flank game, which has always been their forte, has survived because Valentino Lazaro has been surprisingly good, and Ola Aina is always dynamic, even though not as polished as his teammates. While the two starters would be head and shoulder the teammates if in peak form, that hasn’t been the case so far, and they can rely on a legit four-man rotation. That’s helpful to keep the tempo and energy high during matches too.

The personnel has changed by their MO hasn’t. They have some shortcomings in the final third, but they play with a lot of intensity and determination, which could be nightmarish for Juventus. Napoli were able to turn their aggressiveness against them. They exploited their full-pitch man marking with long solo and successful runs after individual mistakes. Given their offensive woes, it’s tough for them to get out of holes. Their defense is strong but not as airtight as in the past, and Vanja Milinkovic-Savic remains up and down between the sticks.