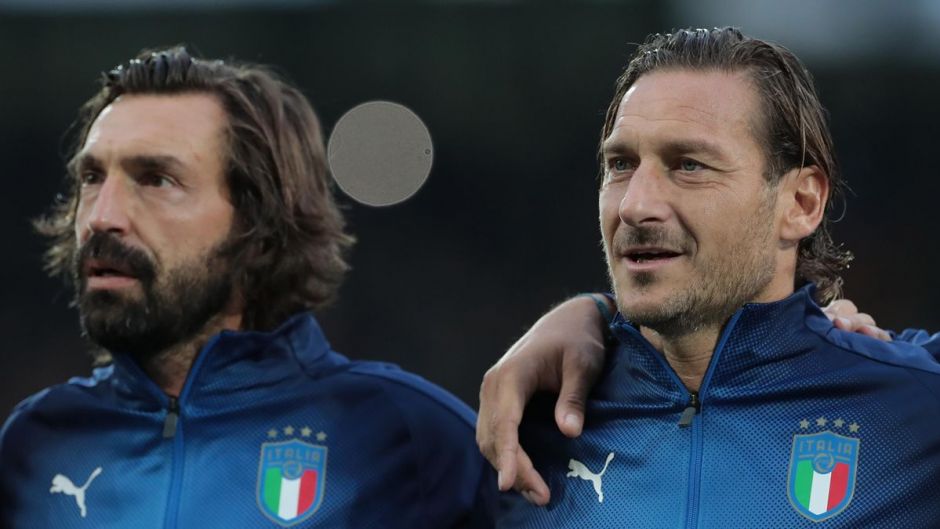 Earlier this week, Juventus fans were ecstatic with the premiere of the “All or nothing” documentary series which followed the team throughout the 2020/21 season.

The Amazon Prime Video Series had cameras in almost every room inside the black and while house.

From the locker room to the club’s headquarters, pretty much everything was caught on camera.

As expected, this turned out to be a recipe for controversy, and Francesco Totti was the author of one during a surprise visit to Juventus, as reported by Calciomercato,

The retired striker is known first and foremost as a Roma icon, so his old friend and compatriot Andrea Pirlo was both happy and surprised when he saw him inside the club’s headquarters.

The former Juventus manager jokingly claimed that Totti is a secret Bianconeri fan, to which the latter replied with a joke of his own, suggesting that Pirlo is positive for Covid-19.

The two men played side by side during their days with the Italian national team, and their proudest memory is undoubtedly lifting the 2006 World Cup in Germany.

With millions of casualties all around the world during the last two years, Covid-19 remains far from an ideal topic for a joke.

Nevertheless, the legendary number 10 surely didn’t mean to cause any harm while joking with an old friend, but perhaps he should have been a bit more cautious in the presence of the camera.