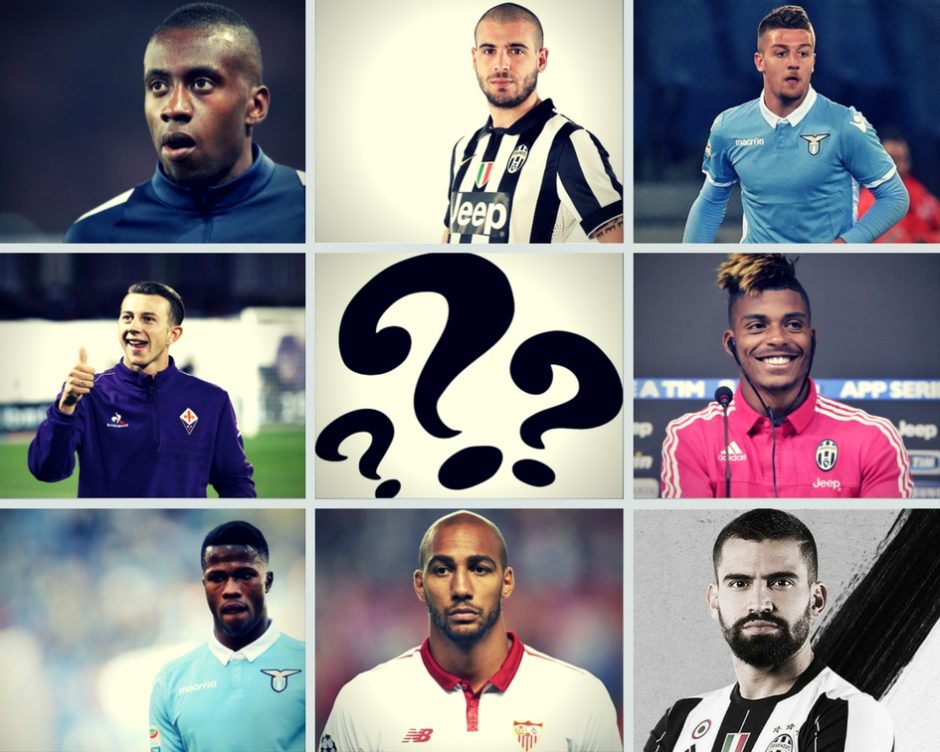 With the close of the transfer window in sight, Juventus are still in the market for a number of players including Balde Keita, Leonardo Spinazzola and Emre Can.

Despite signing the likes of Federico Bernardeschi, Douglas Costa and Mattia De Sciglio, Juve are still in the market for a series of players in key positions, namely another right-back, centre-back, forward and a central midfielder.

Speaking to RadioVS yesterday, Goal Italia journalist Romeo Agresti addressed the rumours and reports linking Juve to certain players and offered some insight on the situation.

According to Agresti, one of either Stephan Lichtsteiner or Kwadwo Asamoah will leave the club this summer, the Ghanaian having been linked closely to a move with Galatasaray while Lichtsteiner was reportedly in talks with Ligue 1 club Nice.

Agresti believes Juve are looking at the opportunity to sign Emre Can whose contract expires in 2018, although it’s been reported since that Liverpool are optimistic about renewing his contract.

As an alternative, Juve may have been considering a bid for Kevin Strootman, however negotiations there would be complicated and difficult for Juve to complete.

.@romeoagresti “It would be a complicated negotiation for Strootman, release clause can not be exercised.” #RadioVS

Attention has turned to Juve’s left-back position where the Bianconeri could be spread short, if Asamoah is sold to the Turkish side. Despite this, Agresti reports that Juve are pressing Atalanta for the return of Leonardo Spinazzola, regardless of the departure of any players.

Balde Keita has been strongly linked with Juve over the last few months and talks for him continue, however negotiations may not be completed until after the SuperCoppa against Lazio this weekend.

Milinkovic-Savić is another Lazio player that Juve are very keen for, however Agresti suggest that Claudio Lotito is keen to keep the player until at least next summer in an effort to raise his price even further.

The departures of Mario Lemina and Tomas Rincon, who is expected to complete his move to Torino today, point to Juve looking for a big name in midfield, not necessarily the names already mention, e.g. Steven N’Zonzi and Blaise Matuidi.

Juan Cuadrado’s future is uncertain – Agresti mentions that he is uncertain on the future of the Colombian who could stay at the club, however if a sizeable offer arrives, they may entertain the idea of selling him.

Agresti also confirmed that PSV have indeed made a bid to take young talent Moise Kean on loan for the upcoming season, but Juve are yet to make a decision on whether or not the player will remain in Turin. The players agent Mino Raiola is reportedly keen for his client to get more playing time.

Despite losing Leonardo Bonucci, Agresti suggests Juve are not in a rush to sign a new defender, putting their faith in Daniele Rugani instead for the season ahead.

.@romeoagresti “Juve don’t consider the investment for a central defender a priority. They’ll rely a lot on Rugani. ” #RadioVS pic.twitter.com/tP0qrwkwI0

Agresti was asked about the rumours from Spain regarding a bid for Barcelona midfielder Sergei Roberto, however he dismissed these as untrue and little more than rumour.