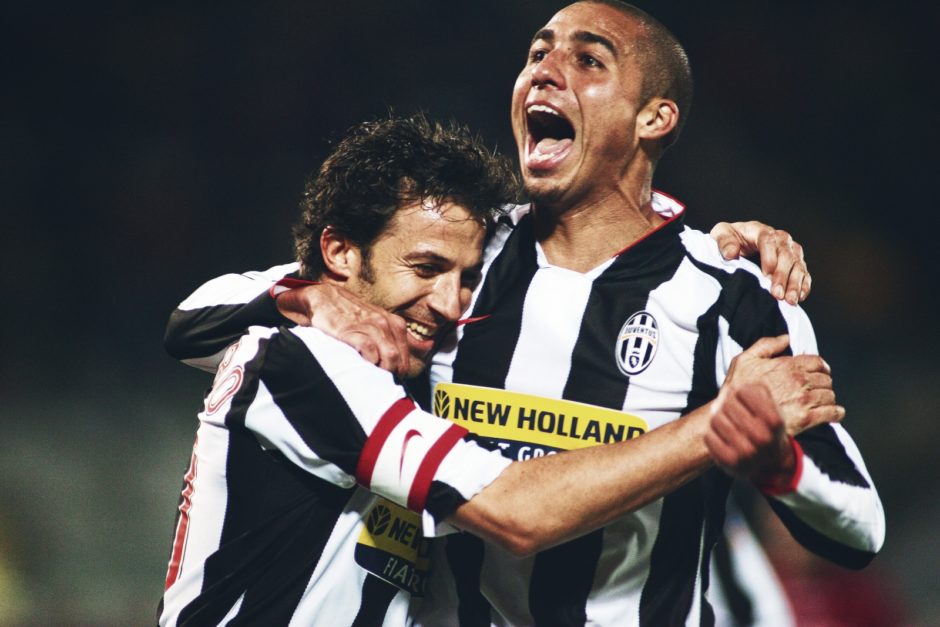 Trezeguet: “I don’t know why Del Piero isn’t at Juve”

After spending three years as brand ambassador, David Trezeguet is set to leave Juventus once again.

The legendary striker spent eight mostly glorious years at the club between 2001 and 2009, cementing himself as one of the most prolific center forwards in the game.

Moreover, Trezegol earned a special place in the hearts of the Bianconeri fans, as he was one of the few major stars to remain at the club after its demotion to Serie B in 2006.

The Frenchman previously proclaimed that he’d like to become a director of football, and it remains to be seen what fate will have in store for him.

“I believe that a former player like me can be useful alongside a coach, a manager and a president,” said the 1998 World Cup winner in an interview with la Gazzetta dello Sport via Calciomercato.

“Juve’s biggest mistake was letting Kingsley Coman go away. On the other hand, their best coup was Taking Cristiano Ronaldo. Because no one was expecting CR7 in a club that has always had great attention to the budget in its DNA.

“Of course, there were some problems with his teammates, but Ronaldo scored 100 goals. I believe that no one has been able to manage him like Zidane. Perhaps Juve lacked a certain dialogue.

Trezeguet seems to be in favor of Max Allegri’s return, and perhaps took a dig at Andrea Pirlo.

“Juve risked not going to the Champions League due to a 0-3 loss against Milan. With Allegri it wouldn’t have happened.”

Moreover, the French star wondered why his old teammate and longtime friend, Alessandro Del Piero, doesn’t have a role at the club.

“I don’t know why Del Piero isn’t at Juve. Is it for the latest contract renewal? I don’t know, but for me, something like this can be fixed with a cup of coffee.

Juventus would allow their goalkeeper to leave under one condition