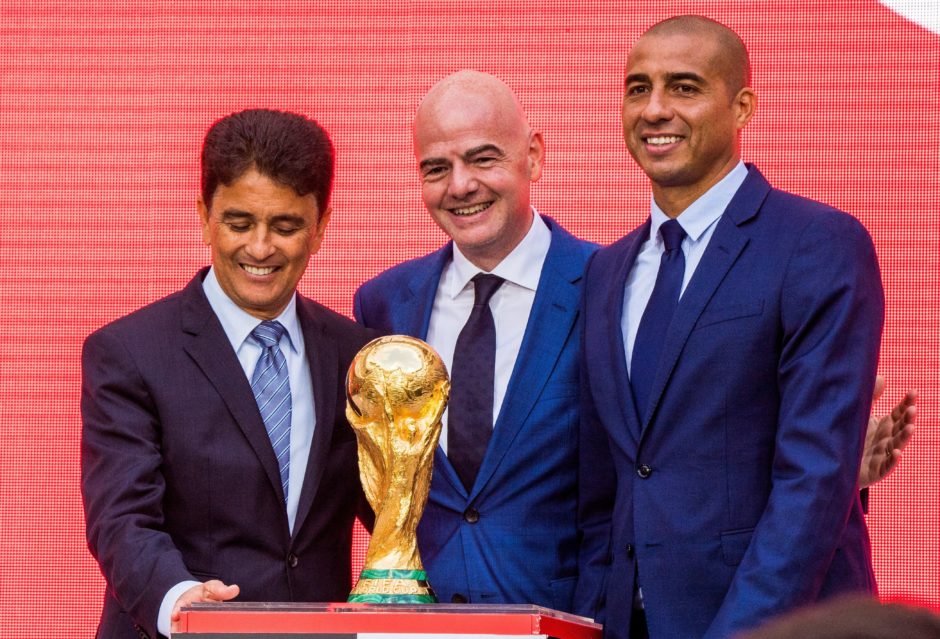 Trezegol was speaking to Tuttosport ahead of Juve’s first Champions League match against Barcelona and offered his thoughts on the game and the two Argentine strikers playing for either side.

“Barcelona-Juventus? It’ll be a great game,” Trez told the Turin based daily.

“They’re two teams that have very clear objectives: to go as far as possible in the Champions League.

“They’re not just two teams, they also have several outstanding players. I believe, and I’m even convinced, that Juventus are ready to start well in Europe after their excellent start in the League. They’re well equipped and in good shape.

“Messi-Dybala? We know Messi very well, he was also crucial in Barca’s last game against Espanyol.

“And Dybala… Well, Paulo is the present, but he’s also the future. He’s started very well: he’s been scoring a lot and I see him well physically.

“He also has the qualities of a player at the highest level. He’ll be fired up at Camp Nou: he surely can’t wait to get on the pitch, at a stadium with the mystique.

“Facing Messi again will really motivate him. Would I like to be compared to the best player in the world? I’ve also seen that he can live with certain responsibilities, with determination but also calmness.

“It’s clear that Messi has more experience and is at a different point in his career, but Paulo’s growing a lot and maybe Messi’s motivating him to improve.

“He’s become smarter on the pitch, he moves at the right time, he’s immediately aware of what’s going on around him, he knows when to push and keep the ball.

“It’s no coincidence that his understanding with Higuain is improving after their first season together.

“Will Higuain equal my goal record? If it happens… I’d be happy! Records are there to be broken.

“As for Higuain, I have great respect for him. He’s a player of real value and he didn’t take long to show his qualities at Juve.

“Is he not decisive? These claims make me smile, I disagree. We’re talking about a striker who’s made an important impact in recent seasons and always done his bit.

“I can also see that he’s working hard to dispel some of those assertions, even though I’m convinced that a player like him has nothing else to prove anything to anyone.

“He won over the fans, the club and, perhaps most importantly, the squad: he’s had to make some important and difficult decisions, yet they’ve been respected and followed.

“Also, let’s not forget that it wasn’t easy for him to succeed, given he had to take the baton from someone as loved and important as Antonio Conte.

“Buffon finished? Calm, calm: there’s still time! Some criticisms are part of the game, but Gigi is fine and can continue to show his enormous quality.

“He’s been in modern football for 20 years, so he knows how to handle the criticism and knows what he needs to do.

“He’s one of the best goalkeepers in history, if not the best, and it’s no coincidence that he’s shown affection and love by fans wherever he goes.

“I wouldn’t be surprised if he received applause from all around Camp Nou.”

Allegri: ‘Champions League is a dream, not an objective’