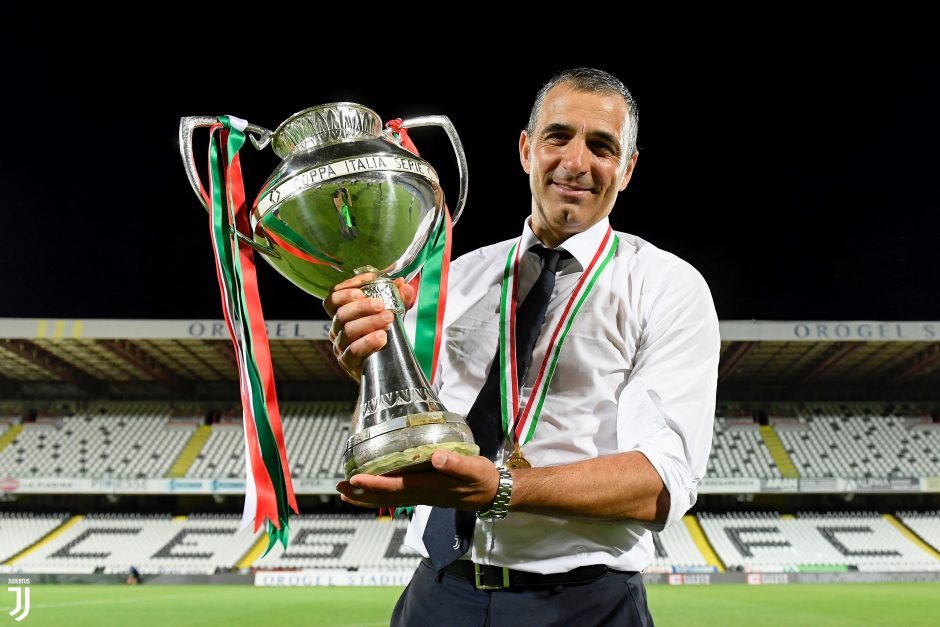 Fabio Pecchia ended his debut campaign as U23 coach with victory in the Serie C coppa italia final on Saturday. Goals from Brunori and Rafia earned the side a 2-1 victory over Ternana. Unsurprisingly its the first time we have ever won this competition. 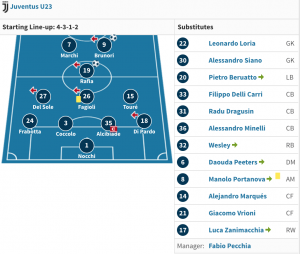 The remaining Serie C championship fixtures (outside the playoffs) were cancelled due to the CORVID problem, yet Pecchia’s side finished in a respectable 10th.

Too early to suggest any judgement on the project other than so far, so good. A piece of silverware is always welcome, especially in the maiden campaign of an up and coming manager. Of the 17 most commonly used players, only 1 is beyond the age of 22, our experienced captain Alcibiades. And so we are very much focusing on promoting primavera players and blooding them at senior level, which was the aim. As for whether any of these players might well have any chance to find space in Sarri’s side, its unlikely in the near future, and seeing Muratore sold was somewhat disheartening, but its good money at 7m. I will hope that at least a couple of the others coming up the ranks are given time with the seniors during pre-season. Nicolo Fagioli remains a solid prospect as does Idrisse Toure, Zanimacchia, Berautto and Portanova. I believe we will find out more next season if the adjustment to the men’s game has begun to shine any of these diamonds in the rough.

Will cover the youth sector as whole in more depth during the coming months, but my eyebrows were raised by the odd exchange deal involving Pablo Moreno heading to City, and Felix Correira.

Moreno was long talked of as a phenomenon, with his goal tally at youth levels exceptional. He seemed a great coup when we signed him and has fared well enough as he adjusted to a new culture, language and football in the Juve youth ranks.

4 goals from 3 games in the UEFA youth league was impressive, against solid opposition, though he has since been in and out of the U19 side. Scoring once and providing 2 assists in 18 outings. Yet the recently turned 18 year old has been playing with lads often 2-3 years older since he came to Piedmont, and he has been highly spoken of even by our own management.

“He also had a muscle problem,” Francesco Baldini, who coached Moreno during the 2018-19 season, recalls. “In addition, the football compared to the one practiced at Barcelona was different. In Italy, the training and the philosophy is different.

“Juve must understand, though, that he has an incredible talent and must make him available to the first team.”

Also worth noting is that he was the star of Spain’s U17 world cup side last year, and has progressed to the Spain U18 side.

What makes the move even more worthy of a deeper peek are the Guardiola connections. For Pere Guardiola, Pep’s brother, is the founder of Media Base Sports, with whom Pablo has been engaged for some time. Pere is the co-owner with Man City of Girona. Which is precisely where young Pablo instantly heads on loan after signing for the Manchester outfit.

The incestuous relationship between owners, agents, clubs and managers aside…what have we got out of this deal?

Correira looks mildly interesting, a flashy winger with bags of pace and tricks up his sleeve, though does not come with anywhere near the hype long surrounding Moreno. Clearly the Guardiola brothers have a very close working relationship indeed and something seems strange about this deal…So I wonder what else Paratici has got in the bargain? Perhaps Pep next season or the one after? The timing of this move just happens to coincide with news in the media of Pep refusing to sign a contract renewal beyond 2021 with City.

And yet, perhaps there is nothing more to the story, for the winger’s agent mentioned we had been following him for two years.

It reminds me of Alejandro Marquez, the Venezuelan we signed from Barca in January for a noteworthy 8m. Who has played just once…other than which seems vanished. Was this some other agreement for that 8m, perhaps part of some other deal, perhaps Arthur?

There seems much murkiness afoot!