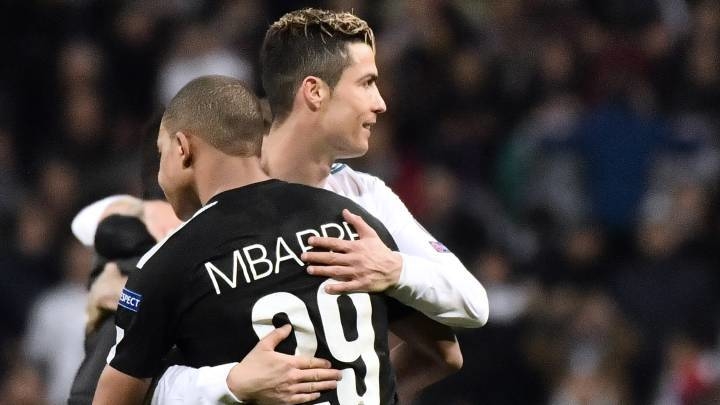 Bored of the same old transfer sagas? Then how about mixing up two of the biggest transfer stories at the moment in one news report.

Tuttosport (as translated by Football Italia) claims Paris Saint Germain is looking to replace Kylian Mbappé with Cristiano Ronaldo, in the case where the French star decides to leave for Real Madrid.

The report takes into account the words of Los Blancos manager Zinedine Zidane who didn’t rule out the arrival of his compatriot.

“We know each other very well. But he’s not my player, and I can’t talk about him. We’ll see what he wants to do in the future,” said the former Juventus legend.

Mbappé’s contract with the French champions expires in the summer 2022, and is yet to agree on a renewal.

Therefore, the Turin-based newspaper believes that the 2018 World Cup winner could depart towards the Spanish capital this summer, and his replacement will be none other than CR7.

The Portuguese superstar’s contract with the Old Lady will also expire in 2022, and he could be available in the summer for a transfer fee of around 29 million euros.

However, the source also claims that Ronaldo is not looking to leave Juventus at the moment, and will be meeting the club’s executives soon to discuss his future, and the final decision will depend on him.

Finally, the report adds that Ronaldo could be inserted in a swap deal that would see Mauro Icardi landing in Turin.

We can only wait and see to find out how these transfer sagas will end.

Pirlo ahead of Juventus-Genoa: “I don’t think Dybala will start”