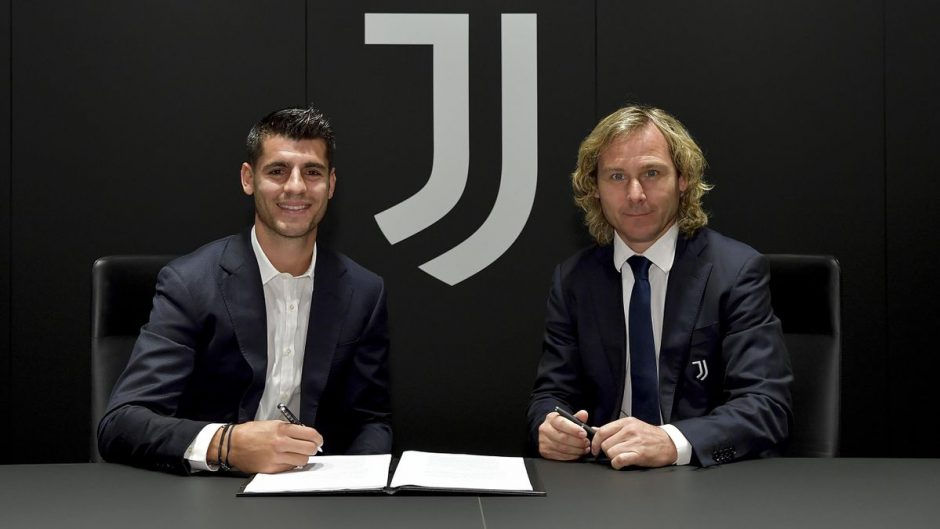 Juventus has just secured the signing of Alvaro Morata from Atletico Madrid in a season-long loan with a view of making the move permanent.

The deal is a major win for Juventus who have been looking for a new striker, but landing the Spaniard also ensured that two players who should have also gotten moves to new sides have to go back to the drawing board now.

TuttoSport reveals that Andrea Pirlo wanted to sign AS Roma striker, Edin Dzeko and the Bosnian was virtually a Juventus striker as of last weekend.

Juventus had managed to strike a deal with Roma for a fee in the region of 17 million euros after the Romans had rejected a 16 million euros offer for him.

Roma had already plotted a move for Napoli’s Arkadiusz Milik and it was simply a case of when Dzeko joins Juventus, Milik will make the move to As Roma.

In a swift turn of event, by Sunday, it became known to Juventus that Alvaro Morata would be interested in a return to the Allianz Stadium, a place where he has enjoyed his most career success so far.

Juventus struck a loan deal with Atletico Madrid swiftly for around 8 million euros which can be made permanent for 41 million euros at the end of the season.

His move put an end to Dzeko’s move to Juventus as well as Milik’s move to Roma. Dzeko is expected to remain in Rome now and Milik will need to find another team to join.