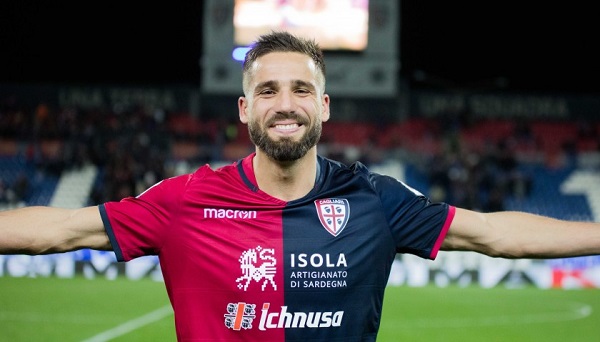 Leonardo Pavoletti is one of the strikers that Juventus has targeted recently as they look to add a new attacker to their squad.

The 32-year-old Cagliari man will represent one of the most experienced options that they can sign this month.

However, he isn’t the most prolific of their targets with 1 goal from 15 league games, yet he seems to have impressed Juve.

Alvaro Morata has done well as Juventus’s only out and out striker this season, and he has gotten support from Cristiano Ronaldo and Paulo Dybala for the goals that the team has needed.

However, having an alternative to him would make the team more complete and better prepared for an assault on the various competitions they are competing in.

A report from Spain via Calciomercato says that two Spanish teams are also considering a move for him.

It says that he has proposals from Real Betis and Sevilla.

Sevilla won the last Europa League and they are challenging for the top four in La Liga this season, while Betis is one of Spain’s traditionally good teams.

However, neither of them can offer him the chance to win major trophies he would get if he joins Juventus.

The report didn’t say if Juve wants to land him this month or wait until the summer, but their title challenge could see them make a move for him soon.